TrumpWrap: A Pass for Gas-Guzzlers and Press Release Stenography 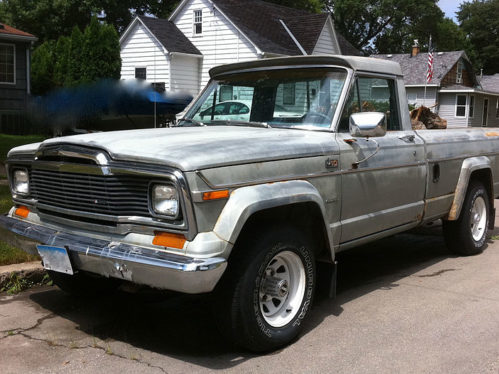 U.S. automakers were primed to celebrate, with the administration widely expected this week to abandon vehicle fuel efficiency targets that had been set to take effect in 2025. And a press release revealed just how close the Donald Trump White House is to fossil giant ExxonMobil—which supplied its Secretary of State.

“The Trump administration is expected to announce its agreement with the major auto companies that future mileage and emissions standards should reflect the growing consumer demand for larger, less fuel-efficient vehicles such as pickup trucks,” the New York Times reported. The carmakers estimated that fewer than 4% of their existing vehicles in production would meet “aggressive” targets established by the Obama administration.

Blogging for the American Council on an Energy Efficient Economy, Executive Director Steven Nadel deplored the walk-back of proposed standards that would “save consumers money, create jobs, help reduce U.S. reliance on foreign oil, and lower carbon emissions.” Under existing Corporate Average Fuel Economy (CAFE) and greenhouse gas emissions standards, Nadel noted, U.S. consumers “will save over $1 trillion at the gas pump, which is more than three times the added cost of the more efficient vehicles.”

Industry news site UtilityDive, meanwhile, reported that one of the programs targeted in Trump’s regulatory rollback is the “bipartisan and roundly-supported” Energy Star initiative. By helping consumers identify energy-efficient appliances, the outlet says, Energy Star ratings “saved consumers north of US$30 billion on their electricity bills in one year. According to the program’s website, it has saved more than US$362 billion since 1992.”

While the White House was abandoning energy efficiency standards for vehicles and appliances, it was also acting as publicist for the world’s biggest publicly-owned oil company. Within an hour after ExxonMobil issued a press release boasting of (warmed over, as it turns out) plans to spend US$20 billion on nearly a dozen gas and petrochemical facilities along the U.S. Gulf Coast, the Washington Post reported, “the White House put out its own statement claiming credit for the expansion, [in which] one full paragraph appeared nearly identically word for word in each release.”

In fact, Exxon’s “plan was launched in 2013,” the Post noted, and some analysts were less than impressed. “There is nothing new or newsworthy here,” said energy analyst Pavel Molchanov of investment firm Raymond James.

And finally, the New York Times had some fun recalling that the U.S. president wasn’t always so critical of energy efficiency. As recently as 2012, the paper reported, Trump secured “almost US$1 million in energy efficiency incentives and low-interest loans from New York State to fit a Trump-branded residential tower in Westchester County with eco-friendly fixtures, state records show.”

“I strongly believe in clean energy, in conserving energy, all of that—more than anybody,” Trump said at the time, in a release about the project.