Polluted Air and Water Produce One in Four Under-Five Deaths 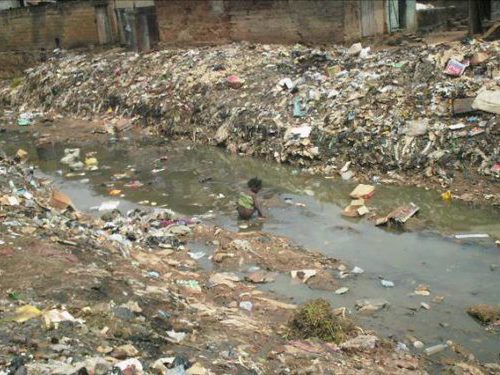 Avoidable environmental pathogens and toxins are responsible for a quarter of the deaths among children under the age of five, the World Health Organization has estimated, “with toxic air, unsafe water, and lack of sanitation the leading causes,” according to The Guardian.

Respiratory infections such as pneumonia kill 600,000 young children annually. Diarrhea, contracted from polluted water with poor sanitation, kills another 361,000. Altogether, the WHO determined that 1.7 million children per year die before their fifth birthday because of polluted environments.

“The harm from air pollution can begin in the womb and increase the risk of premature birth,” The Guardian notes. “After birth, air pollution raises the risk of pneumonia, a major cause of death for under-fives.” Among older children, 11 to 14% report symptoms of asthma, almost half related to air pollution.

In sub-Saharan Africa, the use of wood, charcoal, or dung as cooking fuel contributed to acute indoor air pollution. In the industrial cities of India and Asia, emissions from coal and diesel combustion are the largest contributors. Fossil fuel extraction, refining, and disposal contribute to water pollution, but the greater contributor to water-borne diseases is poor sanitation.

Mental health problems have also been traced to air polluted by fossil fuel exhaust. Research published in the British Medical Journal last year “found that relatively small increases in air pollution were associated with a significant increase in treated psychiatric problems” among children and adolescents, The Guardian reported at the time.

“A polluted environment is a deadly one—particularly for young children,” said WHO Director-General Dr. Margaret Chan. “Their developing organs and immune systems—and smaller bodies and airways—make them especially vulnerable to dirty air and water.”