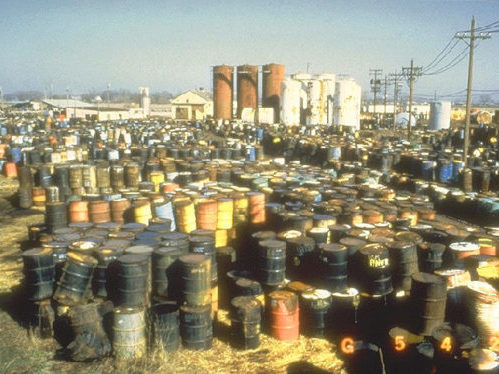 U.S. communities of colour and marginalized low-income whites will see the front-line environmental impacts as the Trump administration’s proposed 25% funding cut at the Environmental Protection Agency snuffs out the very brief hope that they might some day see environmental justice.

“The Trump administration has decided fenceline communities across the country, whose residents already bear an outsized burden from pollution, are on their own,” said Environmental Working Group President Ken Cook.

“Most pollution-spewing operations are within eyeshot of the backyards and kitchen windows of African American and Hispanic families, as well as those of many largely white lower-income communities,” he told the Guardian. “Through this decision to zero out funding for the EPA’s environmental justice programs, the president and the administrator have sent a shameful message: the health of poor Americans is less important than that of the wealthy.”

Toxic waste dumps, fracking wells, and other industrial facilities that emit waste to the open air or water are located disproportionately near communities rendered economically powerless by marginalizing conditions of race, poverty, or both. At least partly as a result, “black children are twice as likely to have asthma as their white counterparts,” the Guardian reports. “Meanwhile, nearly half of America’s Latino population lives in counties that do not meet EPA air quality standards.”

A state investigation into how lead-laced drinking water was delivered to residential taps in the largely black city of Flint, Michigan, it notes, “found that the poisoning was caused, in part, by ‘systemic racism’”.

Two months before the 2016 election, “the U.S. Commission on Civil Rights released a scathing report that found the EPA ‘has a history of being unable to meet its regulatory deadlines and experiences extreme delays in responding to Title VI [civil rights] complaints in the area of environmental justice,’” the paper notes.

The EPA has had an Environmental Justice Office responsible for “bridging the yawning disparity in pollution experienced by black, Hispanic, and low-income communities and wealthier white neighbourhoods,” writes reporter Oliver Milman. The office “provides grants to communities to mop up toxins and rehabilitate abandoned industrial facilities that are invariably found in poorer areas.”

And in the last months of the Obama administration, “the EPA unveiled a new effort to tackle lead poisoning, air pollution, and other problems suffered by communities of colour situated next to waste treatment plants, smelters, and other sources of toxins.”

But that work is now unlikely to get off the ground. The Environmental Justice Office is earmarked for elimination, along with nearly 3,000 jobs and funds for the “cleanup of lead, marine pollution, tribal lands, and the Great Lakes region.”