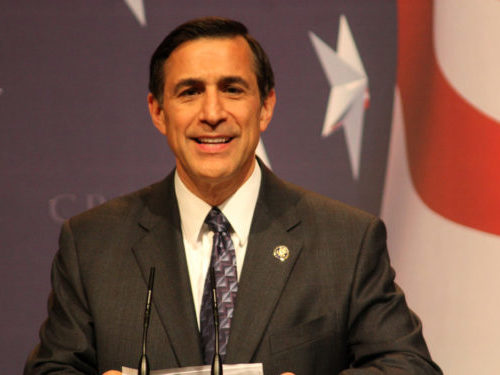 Not content to reduce staff at the U.S. Environmental Protection Agency by one-fifth, the Trump administration turned its budget axe on the National Oceanic and Atmospheric Administration (NOAA), proposing a 17% cut to an agency on the front lines of climate research and evidence-gathering.

A four-page memo obtained by the Washington Post pointed to “steep cuts to research funding and satellite programs,” the paper reported, and would “eliminate funding for a variety of smaller programs, including external research, coastal management, estuary reserves, and ‘coastal resilience,’ which seeks to bolster the ability of coastal areas to withstand major storms and rising seas.”

The White House was expected to begin rolling back Obama-era regulations that limit controls on carbon pollution from vehicles and encourage the transition to electric vehicles, and to “begin the more lengthy and legally complex process of dismantling the Clean Power Plan,” the New York Times reported. “The regulatory rollback on vehicle pollution will relax restrictions on tailpipe emissions of carbon dioxide and will not require action by Congress. It will also have a major effect on the United States auto industry.”

Meanwhile, in one of his first acts as EPA administrator, Scott Pruitt put an end to the agency’s efforts to gather data on methane emissions from oil and gas producers that were among Pruitt’s top political allies in his past career as Oklahoma’s climate-denying attorney general. Under an Obama administration order finalized last November, “more than 15,000 owners and operators of oil and gas production or processing facilities had been required to submit information on their equipment and operations,” InsideClimate News reported. Pruitt “announced he was withdrawing that request, effective immediately.

The U.S. Environmental Defense Fund responded with a blistering critique of the U.S. fossil industry’s justification for rolling back the methane disclosure rule. The EDF also argued that EPA clean truck standards have saved U.S. freight carriers millions of dollars while protecting human health and the planet.

Yet Pruitt, in his own way, signaled that he would try to defend his agency against the depth of the White House’s proposed budget cuts. “I am concerned about the grants that have been targeted, particularly around water infrastructure, and those very important state revolving funds,” he said. “The importance is setting priorities as an agency and then allowing the budget to be formed around that. What’s difficult, having only been there a week, is to have these kinds of recommendations made and then look at our priorities and say, ‘You know what, we’ve got to make sure that we look at these programs.'”

The White House went through contortions to justify exempting the Keystone and Dakota Access pipelines from the made-in-America steel requirements that Trump touted on the campaign trail. The announcement earned a shout-out from Canadian Prime Minister Justin Trudeau, but led to questions about Trump’s promise to deploy his vaunted deal-making abilities to protect U.S. jobs.

ThinkProgress noted that Issa had just been through his first competitive re-election campaign in more than 15 years, a “near-death experience” in which he held his seat by only 1,600 votes out of 310,000 cast.