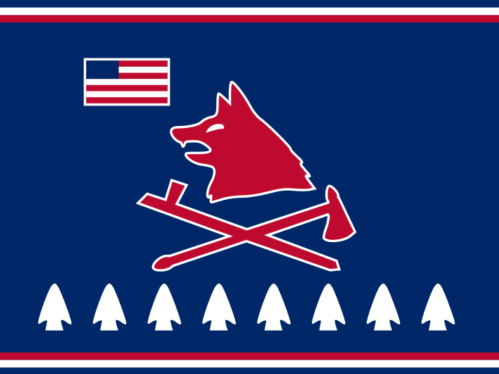 The Pawnee Nation is suing several Oklahoma oil companies in tribal court, seeking compensation for damage from a 5.8-magitude earthquake caused by wastewater injected into wells.

“We are a sovereign nation and we have the rule of law here,” said Executive Director Andrew Knife Chief. “We’re using our tribal laws, our tribal processes, to hold these guys accountable.”

The tribe “is seeking compensation for damage to public and personal property and market value losses, as well as punitive damages,” the New York Times reports. “The case will be heard in the tribe’s district court, with a jury composed of Pawnee Nation members.”

If the community wins a tribal judgement, “it can be taken to a state district court for enforcement just like any other judgment,” the Times explains, citing Indian law specialist Lindsay G. Robertson of the University of Oklahoma. “While experts say major civil judgments against non-Indians in tribal courts are rare, the United States Supreme Court last year left in place the authority of Native American courts to judge complaints against people who are not tribal members.”

Pawnee Nation lawyer Curt Marshall said the community had filed in tribal court mainly to assert its own sovereignty. “The tribe has jurisdiction over civil matters to enforce judgments within its jurisdiction, including judgments over non-Indians,” he said.

Officials in Oklahoma and Alberta have linked increases in earthquake activity to wastewater injections related to oil and gas fracking. Oklahoma regulators have directed fossils in the state to either close their injection wells or cut back their injection activities, though not all the companies have cooperated.

The quake in the Pawnee Nation suit had its epicentre about nine miles from the centre of Pawnee, OK, the Times reports. The tremblor “damaged buildings across the north-central community of about 2,200 residents. The sandstone facade of some buildings fell and several others were cracked. One man suffered a minor injury when part of a fireplace fell on his head. Oklahoma’s governor declared a state of emergency for the entire county.”

“We understand the industry is very important to the economy of Oklahoma, and the last thing we want to do is come in and shut the operations down,” Marshall said. “But we do want the oil and gas industry to act responsibly environmentally, and we want them to be held accountable for the damage they’ve created.”