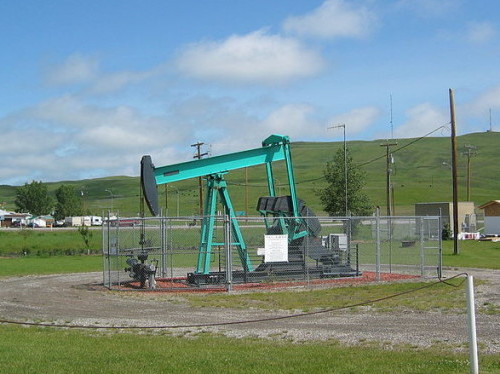 The Trump administration has sent mixed signals about imposing a 20% “border adjustment tax” on imports that would include energy products unless they receive a specific exemption. If that happens, Canadian fossils will have to cut their prices 10% to keep their U.S. customers, according to a study for the Canadian Association of Petroleum Producers (CAPP).

“Canadian exporters would suffer more than exporters from the Middle East or other parts of the world because they supply such a large share of the oil to the U.S. Midwest, and Midwest refiners in order to remain competitive would need additional discounts from Canada,” said economist Philip Verleger, who produced the study.

If the levy is imposed, “Canadian producers will not only face pressure to discount prices, but competitors in the United States will benefit from lower corporate rates and other tax breaks the Trump administration is planning,” the Globe states, citing CAPP Manager of Fiscal Policy Jon Stringham. That prospect “has unnerved the Calgary-based industry, which is still trying to recover from the steep drop in prices.”

Federal and provincial politicians have responded with a lobbying push aimed at the new U.S. administration. Alberta Premier Rachel Notley was in Washington, DC last week, and Natural Resources Minister Jim Carr hopes to meet U.S. Energy Secretary Rick Perry when they’re both in Houston this week for the annual CERAWeek conference.

Canadian electricity producers, meanwhile, are keeping an eye on power exports the EIA valued at US$2.2 billion last year. “We’re concerned about any potential change in this relationship if there is talk of tariffs and taxes that would negatively impact customers in the United States,” said Canadian Electricity Association COO Francis Bradley.

Laura Dawson, director of the Canada Institute at the Woodrow Wilson Centre, said some members of the House of Representatives would be attentive to cost increases for gasoline and other imports that would hurt low-income consumers in the U.S. “But it’s not clear to me whether or not that economic logic would translate into the policy action that one might expect,” she told the Globe.