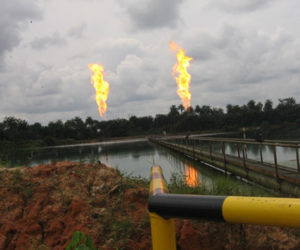 The Nigerian Senate will launch an encore investigation of the country’s state oil company, Nigerian National Petroleum Corporation (NNPC), on suspicions that it pocketed US$17 billion (5.1 trillion naira) in extra government subsidies between 2006 and 2015 by inflating its fuel prices.

“NNPC was previously implicated in allegations of fraud in an investigation in 2012 that discovered a $6.8-billion fuel subsidy scam, one of the biggest corruption scandals in Nigeria’s history,” Reuters reports. “In the 2012 investigation, companies including NNPC were found to have declared the same fuel import cargoes multiple times and claimed subsidies for fuel never delivered or sold to neighbouring states.”

There was no word on whether the new Senate investigation would focus on the 2012 scandal, or a new one.

“Subsidies are a murky issue in Nigeria,” the news agency notes. “The government hasn’t allocated any money to them since 2016, but effective support remains in place, including giving petrol importers access to dollars at very favourable rates.”