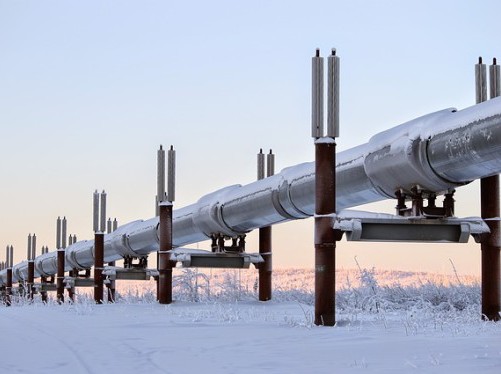 A House of Commons committee is calling on the Canadian government to reverse Harper-era amendments to the federal Fisheries Act that eroded habitat protection and helped clear the way for faster approval of fossil megaprojects.

When those changes went into effect in 2012, the Act “narrowed its focus from protecting all fish habitat towards protecting fisheries with a ‘commercial, recreational, or Aboriginal’ interest,” iPolitics reports [subs req’d]. “Friday’s report recommends Section 35 of the act be reversed to its original language to say, ‘No person shall carry on any work, undertaking, or activity that results in the harmful alternation or disruption, or the destruction, of fish habitat.’”

iPolitics notes that the Fisheries Act report is the first of four pieces of the federal government’s review of Harper-era environment and resource policy. An expert panel reviewing the Canadian Environmental Assessment Act is expected report next month, a separate panel on National Energy Board modernization will tie up in May, and the House Transportation Committee is looking at possible amendments to the Navigation Protection Act.

The flurry of reviews hits just as several pundits and analysts, including iPolitics’ Michael Harris, see the Trudeau Liberals losing the support in British Columbia that helped propel them to a majority government in 2015. Harris cites Grand Chief Stewart Phillip of the Union of B.C. Indian Chiefs, environmental icon David Suzuki, and former federal deputy minister Harry Swain, among others, all agreeing that Trudeau broke his word with his approval of the Site C hydro megaproject, Kinder Morgan’s Trans Mountain pipeline expansion, and Petronas’ liquefied natural gas megaproject.

“Justin came in and it was such a huge relief after Harper. As a father of four girls, I loved his initial actions—gender equity, then Paris, and of course a big, big commitment to First Nations,” Suzuki said.

But “what the hell is going on now? Site C, Kinder Morgan, he even snuck in the southern line! My daughter and both her two kids were arrested protesting this stuff. His grade today? F. He has lost all credibility with me.”

Phillip said he’d even been moved to avoid a major cultural celebration because the PM was also on the guest list. “My wife and I were scheduled to march in the Chinese New Year’s parade in Vancouver, until we found out that Trudeau was going to be there,” he told Harris. “No way was I going to meet him unless I was on one side of the barrier, and he was on the other.”