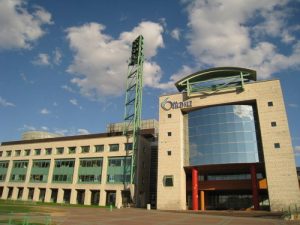 The City of Ottawa’s long-awaited renewable energy strategy may soon be delayed beyond municipal elections late next year, and local environmental advocates are taking notice.

“Toothless and delayed,” reads the headline on CBC’s lead coverage of a city committee meeting where a staff update on the strategy was presented earlier this week.

“The renewable energy strategy was made a priority for this term of council back in 2015 and the final report was due to be delivered by late 2016, but has now been pushed back to the end of this year,” CBC reports. Although the staff update “presented residents with a glimpse of what to expect when the Energy Evolution report lands this fall,” local environmental powerhouse Ecology Ottawa “foresees more studies, no specific recommendations to change policies and, therefore, no budget.”

“I’m really worried about this process, and I really hope I’m wrong,” Executive Director Graham Saul told councillors. “There’s no sense of urgency,” agreed local entrepreneur Angela Keller-Herzog. “As a small business owner, I’ve done my part, and I want the city to do its part.”

Environment Committee Chair David Chernushenko, who raised the possibility of a 100% renewable energy strategy when he ran for re-election in 2014, said the Energy Evolution process had been delayed in part by a major city staff reorganization. CBC also points to an extensive consultation and engagement process that involved about 100 participants from dozens of local organizations—led by a city strategist who’s since been taken off the project.

(Disclosure: The Energy Mix Curator Mitchell Beer has been a volunteer participant in the process.)

“This really had to be something that involved the city as a whole,” Chernushenko said, noting that municipal government only accounts for about 10% of local greenhouse gas emissions. He promised to push for implementation funds in the city’s 2018 budget, “as tough a challenge as that’s going to be.”