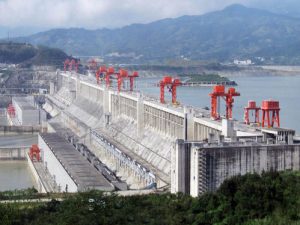 While the keystone power of the western hemisphere retreats into an isolationist stance, the rising power of the east is reaching out—literally as well as figuratively—to plan joint, renewable-friendly, continental-scale electricity grids with regional neighbours.

“The key to promoting energy transition in Asia lies in the massive development opportunity to develop and distribute clean energy,” Liu Zhenya, chair of China’s state-backed Global Energy Interconnection Development and Cooperation (GEIDCO), told a meeting of the UN Economic and Social Commission for Asia and the Pacific (ESCAP) in Bangkok last month. The event brought together policy-makers from more than 30 mainly Asian countries.

Liu offered a vision of renewable and zero-carbon energy scaled up across Asia, balanced and distributed across regional transmission and distribution networks that ignore borders. He described his idea for a Global Energy Interconnection, “a platform to create a new energy development pattern and connected infrastructure, to deliver energy via transboundary power grids for sale to other countries,” the Bangkok Post reports.

Year-old GEIDCO, the Post states, “plans to create a series of trans-border energy grids linking renewable energy projects in China with other power generators in the region.” To date, grid weaknesses have hobbled the nation’s massive expansion of renewable generation, preventing its clean power from reaching customers.

Not all of the power travelling the envisioned transnational mega-grids will be clean, however. “Electricity is expected to come from hydropower dams on rivers in Yunnan, thermal, coal-fired, wind, and solar projects in Xinjiang, hydroelectric dams in Tibet, and a coal-fired power plant in Kazakhstan,” the Post notes.

China has “already signed memoranda of understanding for power interconnections with companies in South Korea, Japan, and Russia,” the Bangkok outlet reports. Russia appears especially enthusiastic about what it calls an “energy super ring” integrating the grids of eastern Russia, Japan, South Korea, China, and Mongolia.