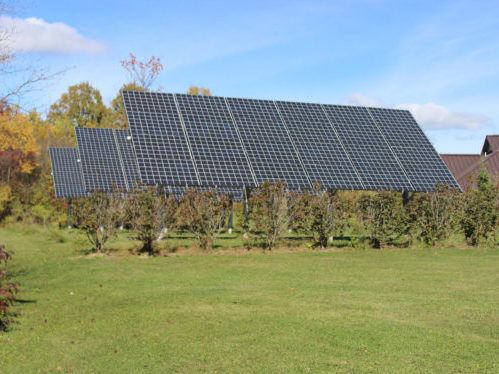 The U.S. solar industry posted a stunning 95% increase in photovoltaic installations, from 7,493 to 14,626 megawatts, between 2015 and 2016, according to a market insight report due to be released March 9 by GTM Research and the Solar Energy Industries Association (SEIA).

The result catapulted solar to first place among suppliers of new generation capacity for the first time, with 39% of capacity additions across all fuel types, Greentech Media reports.

“What these numbers tell you is that the solar industry is a force to be reckoned with,” said SEIA President and CEO Abigail Ross Hopper. “Solar’s economically winning hand is generating strong growth across all market segments nation-wide, leading to more than 260,000 Americans now employed in solar.”

“In a banner year for U.S. solar, a record 22 states each added more than 100 megawatts,” added Cory Honeyman, GTM’s associate director of U.S. solar. “While U.S. solar grew across all segments, what stands out is the double-digit-gigawatt boom in utility-scale solar, primarily due to solar’s cost-competitiveness with natural gas alternatives.”

The industry’s success in 2016 “was driven largely by the utility-scale segment, which was bolstered by a pipeline of projects initially hedging against the extension of the federal Investment Tax Credit,” Greentech notes. “Not only did it represent the most megawatts installed, but the utility-scale segment also featured the highest growth rate of any segment, growing 145% from 2015.”

At the same time, though, “the non-residential market also exceeded expectations, with two major growth drivers in the segment,” writes GTM Marketing Manager Mike Munsell. “The first is community solar, adding a record total of more than 200 megawatts, led by Minnesota and Massachusetts. Second, rate design and net energy metering fueled a rush in project development and installation growth across a number of major state markets, most notably in California.”