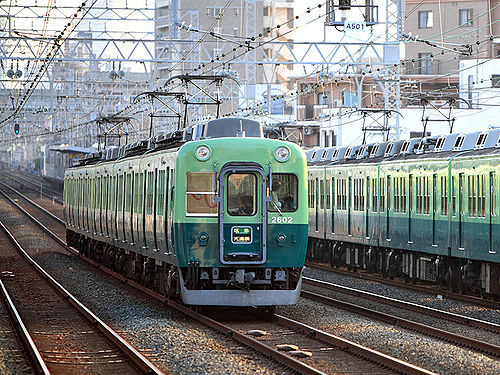 Trackside solar panels may be powering the UK’s electric trains sooner than most of us think, according to a sponsored post in The Guardian by Leo Murray, co-founder and strategy director of the 10:10 climate charity.

“Electric trains are by far the best long distance transport mode when it comes to carbon emissions—at least when their electricity comes from renewable sources like solar or wind,” Murray writes. “But the UK’s aging power network poses significant challenges to any bid to decarbonize road and rail that relies on the grid,” with new renewables installations facing high surcharges for network access across much of the British countryside.

“Faced with this constraint, and squeezed by government subsidy cuts, UK solar developers have started to focus on ways to generate power directly for consumption, rather than exporting it to the grid,” Murray explains. “With the right customers, solar developers can offer lower tariffs than the grid, while still earning more for their power than they would get from exporting it.”

Murray describes the UK’s Network Rail as a customer with “all of the features needed to support this kind of approach,” an industrial user with “high onsite daytime energy use and a structural reason to stay put”. That potential will soon be put to the test, after Lightsource signed a 25-year power purchase agreement with Belfast Airport for the output from its £5-million solar farm.

“There are already over 5,500 kilometres of electrified tracks in the UK, with a major electrification program building or converting hundreds more over the coming decades,” Murray notes. And a further advantage is the similarity between the rail system’s DC operating voltage and the standard output of a solar array.

“This serendipity makes the engineering challenge of connecting the two look very manageable, and the likely cost of the power interface equipment competitive with typical grid connection costs,” he states. (h/t to The Energy Mix subscriber Diane Beckett for pointing us to this story)