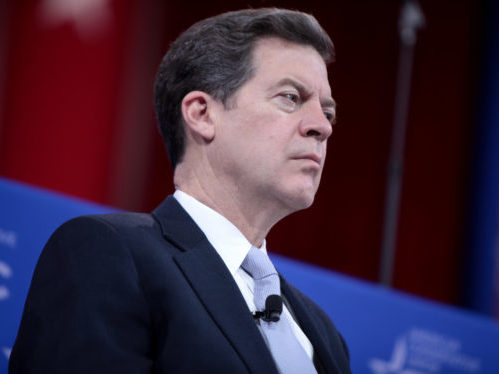 Renewable energy is already delivering on the Trump administration’s promise to create jobs, deliver energy innovation, and make America “great”, a group of eight Republican and 12 Democratic governors affirm in a letter delivered to the White House last week.

Kansas Gov. Sam Brownback and Rhode Island Gov. Gina Raimondo co-signed the letter, which stated that members of the Governors’ Wind and Solar Energy Coalition “have seen the benefits of renewable energy first-hand, and agree that expanding renewable energy production is one of the best ways to meet the country’s growing demand for energy.”

The governors asked ex-reality TV star and frequent Mar-a-Lago visitor Donald Trump to “‘strengthen America’s energy future’ by extending government support for offshore wind, R&D, grid modernization, and improved permitting for utility-scale renewables,” Greentech Media reports. “They pointed to the hundreds of thousands of jobs created in their states across the country—from Arkansas to Kansas to California—as evidence that renewables are providing a direct economic boost.”

The letter notes that “U.S. wind facilities pay rural landowners US$222 million a year, with more than $156 million going to landowners in areas with below-average incomes. In addition, $100 billion has been invested by companies in low-income counties, where some 70% of the nation’s wind farms are located.”

The governors add: “Today’s wind and solar resources offer consumers nearly unlimited electric energy with no fuel costs, no national security impacts, and a number of environmental benefits. The boons of renewable energy can be virtually endless with your Administration’s and Congress’ support of the key initiatives detailed here.”

“The message from state officials to Trump is clear: If you want to live up to your promise of keeping industry in America, you can’t ignore domestic renewables,” Greentech notes. “The coalition’s requests are simple: The government should help modernize the grid, support basic research, and make it easier to build offshore wind projects.”