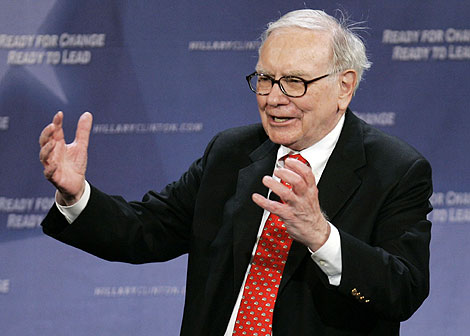 Kinder Morgan is approaching three of Canada’s pension funds to invest their clients’ retirement savings in the $6.8-billion Trans Mountain pipeline expansion, at just the moment when investment icon Warren Buffett has sold off his stock in the company.

“Kinder Morgan has held discussions with the  Canada Pension Plan Investment Board, the Caisse de dépôt et placement du Québec, and Ontario Teachers’ Pension Plan Board,” CBC News reports, citing sources close to the negotiations. “The biggest U.S. pipeline company, which has said its goals for 2017 include a joint venture or initial public offering of Trans Mountain, is stepping up its financing efforts for the massive project despite facing significant opposition from various environmental and Aboriginal groups.”

CBC says Kinder is proceeding on two tracks: while the Toronto Dominion Bank helps it launch the IPO, the company is also looking at selling off half of the project by forming a joint venture.

“We’re confident in the interest from the investment community and we’re continuing to move forward with all aspects of planning in order to begin construction in September 2017,” said Kinder spokesperson Ali Hounsell.

But whoever in the investment community is giving Kinder Morgan a thumbs-up, it isn’t Buffett’s storied Berkshire Hathaway Inc., whose latest regulatory filings released last week showed it had sold off the Kinder Morgan stock it bought last year.

“Almost exactly a year ago, Berkshire Hathaway Inc. sparked a rally in the beaten-down shares of Kinder Morgan Inc. by disclosing it had snapped up roughly 26 million of them in the fourth quarter of 2015,” Bloomberg News reports, in a post picked up by the Globe and Mail. “One year on, Mr. Buffett is gone.”

The sell-off doesn’t necessarily translate into a negative judgement on Kinder Morgan, Bloomberg stresses. “The original stake was built in a quarter when Kinder Morgan’s stock plummeted from a high of about $33 to less than $15, as high leverage and the energy crash forced the pipelines giant to slash its dividend.” If Buffett bought low and sold high, he may have walked away with as much as a 44% return in one year.

“What is a tad disconcerting for any Kinder Morgan investor, though, is that Mr. Buffett would have chosen to just bank any such gain now,” writes energy and commodities columnist Liam Denning. “The main reason to own Kinder Morgan is that it is working off its debts, aided by a general recovery in the pipelines and energy sectors, and will reach a point where it can raise that crushed dividend and even start buying back stock.” The problem for investors is that that may not happen until 2018, and the target date keeps slipping.

But “waiting a year or two means nothing to an investor like Buffett,” Denning notes. “That’s exactly why his exit is unnerving,” especially when his company is also upping its investments in airlines—possibly implying a bet on lower energy prices that would be a major problem for tar sands/oil sands producers and the pipelines they’re trying to feed.

In recent months, news reports have raised the prospect that Trans Mountain will exceed the $6.8-billion threshold beyond which signed-up shipping customers have the option of cancelling their purchase contracts, or even that the company itself could be in jeopardy. Last year, an Oxford University study warned that new pipelines built today may not be able to operate long enough to recover their initial investment.

Another clue to Berkshire Hathaway’s and Buffett’s thinking comes from the Institute for Energy Economics and Financial Analysis, in the form of a post last week from SNL Financial. It cites Jonathan Weisgall, Berkshire’s vice-president for government relations, touting the 100,000 jobs the wind industry has created across the U.S., including 7,000 in Iowa, where Berkshire has a major stake.

“The message is not a renewable energy message,” he said. “What we’re doing as a company is what Donald Trump has promised, which is jobs, infrastructure, and the like.” In contrast to wind projects 20 years ago, where 90% of the components were imported, Weisgall said Iowa’s 2,000-MW, US$3.6-billion Wind XI Project will be built 90% on domestic content.