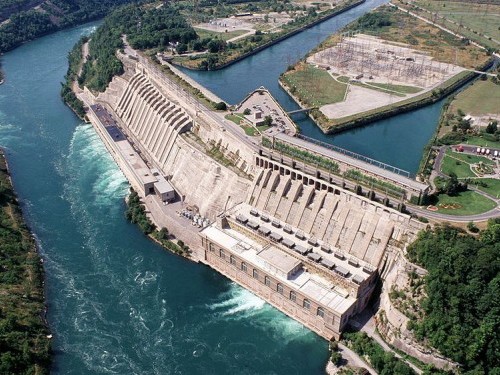 Few things have Ontario voters more enraged at Premier Kathleen Wynne than the persistent hikes in their electricity bills. After previously cancelling the provincial portion of its harmonized sales tax (HST) levied on power bills, she and her Liberal cabinet are now weighing more far-reaching moves to bring down charges, CBC News reports.

“Wynne and her cabinet are considering two key changes that could see hydro bills drop in the range of 8% or more,” the national broadcaster reports, citing “multiple sources.” The most prominent change would reduce what’s known as a “global adjustment” charge that has appeared on Ontarians’ electric bills since 2005. Another would reform how the province delivers rate relief to low-income residents.

The global adjustment was intended to “recoup the expected $50-billion cost of refurbishing power plants, building new ones, and financing new wind and solar projects,” CBC reports, “but it has risen dramatically since its introduction.” Although hidden in per-kilowatt-hour power prices, the adjustment “accounted for 85% of the cost of electricity” in the province last year, adding $12 billion to bills.

The reason appears to be the way the payment plan was structured. According to a senior official cited by CBC, the public financing model “really front-end loaded” public payments for the sector refurbishment in an effort to reduce overall interest costs. But in doing so, the official conceded, “we created a bit of a monster.”

The answer may be, in effect, to restructure the “debt” power customers are paying down to be amortized over a longer horizon.

Reducing current payments to lower the adjustment charge could reduce consumers’ bills in the short term, said Paul Sommerville, executive director for energy at the Mowat Centre, an Ontario think tank. “It’s one of the things that’s really been driving rates higher in Ontario.”

But like any delayed debt, interest charges could mount. “It’s like taking a longer mortgage on your house,” explained Mark Winfield, who co-chairs York University’s Sustainable Energy Initiative. “You pay a lot more in interest, potentially a big problem if interest rates go up.”

Winfield urged the government instead to “target” its relief at “the constituencies that are really in distress: low-income folks, people in the north and rural areas.”

Ontario already does that to a degree in the second program area under review. The Ontario Electricity Support Program (OESP) provides rebates of up to $50 per month for low-income hydro customers, although the plan “has been criticized for failing to reach all the households that need it.” The OESP is funded by another levy on power bills, but critics say that since it is a social benefit, it should be paid from the province’s general tax revenues instead.

The province has already backed away from some planned green power purchases and suspended collection of its share of the HST on power bills, in a so far unsuccessful effort to soothe simmering ratepayer action. And Energy Minister Glenn Thibeault did not deny that more changes may be coming. “I recognize that reducing hydro rates is a key issue for Ontarians,” Thibeault told CBC. “We’re working hard to find a solution that will be equitable for residential, commercial, and industrial ratepayers, and all options are on the table, within reason.”