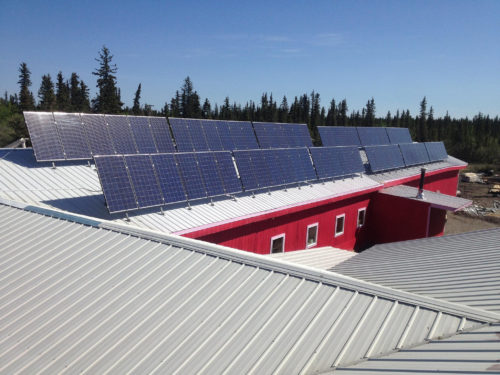 While utilities fret that the rise of rooftop solar and other distributed energy options will destabilize centralized grids, a new report is showing how “smart inverters” can actually give power companies more flexibility and improve power quality, by shifting the job of regulating voltage from substations to households.

“Electricity from our power points should be at roughly 230 volts, without deviating too far above or below. It fluctuates throughout the day, depending on how much power is being used,” The Conversation explains, in a post republished by RenewEconomy. Comparing the electrons flowing through wires to the water running through pipes, the publication explains voltage fluctuations with this analogy: “Using large amounts of power causes the voltage to drop, rather like when the washing machine comes on while you’re having a shower; all of a sudden the pressure drops because other appliances are using the water, too.” Distance from source also has an impact: the customers farthest away from a substation are most likely to lose voltage when the demand on the larger system is at its peak.

The rise of rooftop solar adds complexity to the job of managing an electric power grid: voltage rises when they produce power, and electrons now flow in both directions, rather than being produced by a single, centralized power source.

“Any customer-owned generator can affect the voltage—including solar, batteries, or diesel generators,” write Lawrence McIntosh and Dani Alexander of the Networks Renewed project in at University of Technology Sydney. “But we tend to hear about solar because it is by far the most popular means of local generation; Australia now has more than 1.5 million homes with rooftop solar, and that figure is rising rapidly.”

Traditional voltage regulation systems are “fairly blunt, affecting tens or even hundreds of properties at a time.” They consist of expensive equipment attached to substation transformers—an arrangement that makes grid electricity more expensive. “However, new solar and battery systems now have the intelligence to manage voltage in a cheaper and more targeted way through their ‘smart’ inverters,” McIntosh and Alexander explain. “These new technologies may provide the missing link to new renewable and reliable energy sources.”

The technology “can help to raise and lower the voltage on the network, improving the quality of our power including the voltage stability,” they note. But “this means a shift in thinking from the traditional, passive customer model—we deliver energy to you!—to a more dynamic and collaborative one, in which customers can actually help to manage the grid, as well as using and generating power.”