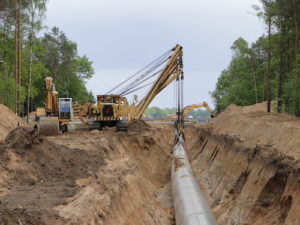 Vancouver City Council may soon go to court asking for a judicial review of the B.C. government’s decision to support the controversial Kinder Morgan pipeline expansion.

The motion by Councillor Adriane Carr was scheduled for a vote February 8, then deferred to a council committee meeting February 22. If it passes, the city will ask a judge to assess whether the five conditions the province attached to its pipeline approval have been met.

“If the City of Vancouver moves forward with a judicial review and if we win in court—which is my hope that we do—[the project] will require a new environmental assessment,” Carr explained.

She said the province had failed to conduct proper public consultations or fully study the impacts of a bitumen spill in Vancouver’s harbour, or along the B.C. coast. If those conditions had been met, she contended, the province would not have approved the pipeline.