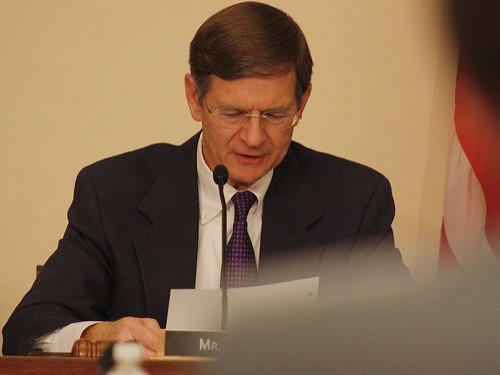 American scientists and scientific organizations are pushing back against a lawsuit demanding that the National Oceanic and Atmospheric Administration (NOAA) release 8,000 pages of drafts, email discussions, and peer review critiques leading up to a 2015 study that debunked the notion of a “hiatus” in global warming between 1998 and 2012.

“Now more than ever, it is critical that we defend climate scientists and their research,” said Lauren Kurtz, executive director of the Climate Science Legal Defense Fund (CSLDF), one of the organizations responding to the lawsuit by the conservative organization Judicial Watch. “Forcing the disclosure of scientists’ private emails is invasive, unnecessary, and hugely detrimental to the scientific method.”

The Judicial Watch suit “was inspired by a Congressional subpoena from Rep. Lamar Smith (R-TX), chairman of the House Committee on Science, Space and Technology, who denies the science of global warming and the need to take action,” InsideClimate News reports. The accusations against NOAA had already been refuted, but were amped up last weekend by the Daily Mail, a UK tabloid that has since been disavowed by Wikipedia as an unreliable source.

On the Union of Concerned Scientists (UCS) blog, Director of Science & Policy Peter Frumhoff says the 2015 study, published in the journal Science, was one of several that refuted claims that the rate of global warming had slowed down or paused in recent decades. The Daily Mail “screed”, he said, came from David Rose, “a writer with a history of inaccurate reporting on climate science.”

The article was an example of a “very old strategy,” Frumhoff writes. “Repeated and amplified through the climate denial echo-chamber, Rose’s allegations of misconduct have now been taken up by Rep Lamar Smith (R-TX), Chairman of the House Science Space and Technology Committee. Smith, who has long used his perch to harass NOAA scientists, issued a press release reiterating these unsubstantiated claims and accusing [retired NOAA climate scientist Thomas] Karl and colleagues of manipulating data for political purposes.”

The amicus brief from the CSLDF, the UCS, and the American Meteorological Society argues that “groups across the political spectrum have attempted to discredit scientific studies they dislike…by seeking to use the scientists’ emails and preliminary drafts against them.” Frumhoff warns that, “along with other recent high profile attacks on prominent climate scientists and science agencies, this may well be part of a larger political strategy to intimidate federal scientists, justify cuts in agency budgets, staffing and missions, weaken support for U.S. and international climate policies and, most fundamentally, erode public trust in science and evidence so central to a functioning democracy.”

InsideClimate reports that it’s unclear whether the Trump administration would defend its own researchers against the lawsuit. But Michael Halpern, deputy director of the UCS’ Center for Science and Democracy, said the new regime “might not want to set a precedent that all government information should be public.”