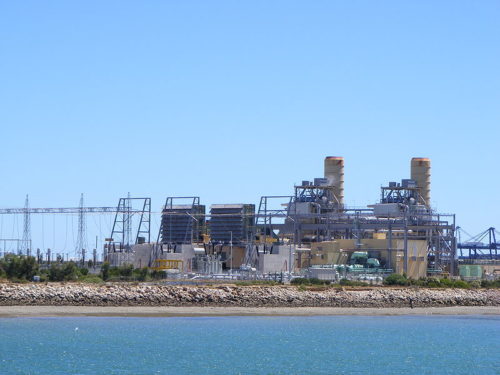 UPDATE: The immediate crisis in New South Wales was averted when the Australian Energy Market Operator directed the 250-MW Pelican Point gas plant to be switched on, RenewEconomy reported this morning.

Beginning around 4 PM local time today, an extraordinary summer heat wave was expected to bring rolling blackouts to the coal-dependent Australian state of New South Wales, with temperatures up to 45°C in the suburbs of Sydney producing more electricity demand than the system can supply.

An earlier round of blackouts last Sunday, affecting 40,000 people for up to 45 minutes, led to arguments back and forth about the factors behind the failure, RenewEconomy reports. Federal Energy Minister Josh Frydenberg attributed the blackouts to low wind output and a failed “gamble” on renewables, leading Treasurer Scott Morrison to brandish a lump of coal during legislative questioning. But South Australia Energy Minister Tom Koutsantonis blamed the Australian Energy Market Operator (AEMO) for failing to activate the 250-MW Pelican Point natural gas unit in time to meet the peak load, despite three days’ notice of the potential mismatch between demand and supply.

“The events—their impact on a high renewables state like South Australia and a coal-reliant state such as NSW—underline the shocking state of Australia’s energy policy,” write veteran energy reporters Giles Parkinson and Sophie Vorrath. “While Frydenberg jumped into the gutter, and refused to answer questions why the AEMO did not use its powers to ensure Pelican Point was operating, the more reasonable approach would have been to underline the need for a smarter grid rather than dumb politics.”