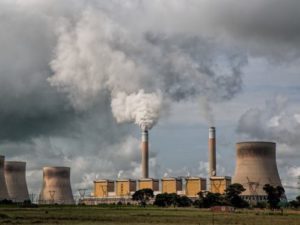 Australia is heavily promoting plans to burn domestically-mined coal in a new generation of “ultra-supercritical power stations” that its government describes as “clean.” But that choice could saddle consumers with “the most expensive form of new energy supply” possible, Bloomberg New Energy Finance warns.

“The research puts the Levelized Cost of Energy (LCOE) of a new ultra-supercritical coal-fired power station in Australia at $A134-203/MWh, significantly higher than wind at $A61-118/MWh, solar at $A78-140, or combined-cycle gas at $A74-90,” RenewEconomy reports. Adding carbon capture and storage technology to meet Australia’s international climate commitments could push the price to “the ballpark of $A352/MWh—or around three times the cost of wind or solar.” But without the expensive addition of CCS, the researchers added, “it is inaccurate and misleading to describe ultra-supercritical coal technology as ‘clean’”.

The price differential is even greater than one calculated recently by a University of Melbourne research team. That study concluded that Australia’s power sector could achieve the 27% reduction in emissions claimed for the proposed coal plants at half the cost by developing renewables instead.

“Even if the government were to completely de-risk coal by paying for the whole plant and guaranteeing an exemption from any future liabilities,” BNEF is now reporting, new coal generation would still result in “substantially higher” consumer prices for electricity, compared to a mix of wind, solar, and natural gas.