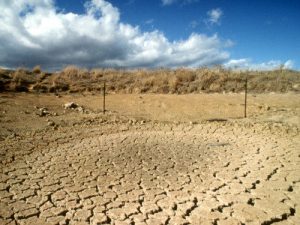 It’s time the United States updated its method for calculating the social cost of adding climate-changing carbon to the atmosphere, a committee of the U.S. National Academies of Sciences says in a new report.

The 395-page report was requested by an inter-agency working group of U.S. federal departments to update a methodology in place since 2009. It calls for integrating more recent knowledge about the net effects of climate change, including “market damages, such as changes in agricultural productivity, energy use, and property damage from increased flood risk, as well as non-market damages, such as those to human health and to the services that natural ecosystems provide to society,” into the pricing model that the working group currently endorses.

The NAS committee defines the social cost of carbon as “an economic metric intended to provide a comprehensive estimate of the monetized value of the net impacts, both negative and positive, from the global climate change that results from a 1-metric-ton increase in carbon-dioxide emissions.” It is referenced in scores of U.S. government regulations.

Its centrality to the legal case for former president Barack Obama’s Clean Power Plan, in particular, has made the calculation a political target of the new Trump administration. There has been speculation the pro-fossil White House may attempt to eliminate it from U.S. regulatory decisions.

But the NAS review suggests that, if anything, the U.S. should be using a higher number. The working group’s first calculation in 2009 produced an estimated social cost of carbon of US$36 per tonne of emissions. Its latest figure is $42 in 2007 dollars, not including the additional factors recommended in the Academy’s latest report.