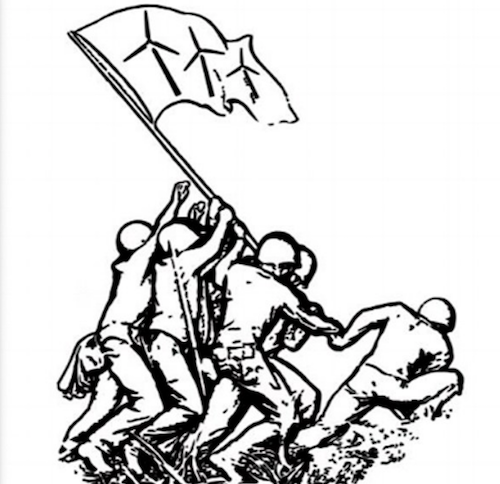 The Dakota Access Pipeline “will not get completed” if thousands of U.S. military veterans have anything to say about it.

“We are committed to the people of Standing Rock, we are committed to non-violence, and we will do everything within our power to ensure that the environment and human life are respected,” Veterans Stand spokesperson Anthony Diggs told CNBC last week. “That pipeline will not get completed. Not on our watch.”

In early December, Veterans Stand recruited more than 2,000 volunteers to act as peaceful human shields to separate the Standing Rock Sioux and their allies from heavily militarized police. “As it happened, their arrival coincided with the U.S. Army Corps of Engineers denying a key easement for the pipeline to travel under Lake Oahe,” EcoWatch recalls.

But now, U.S. President Donald Trump has ordered the Army Corps to expedite approval of the pipeline, and two Republican members of Congress claim final easements for the pipeline have been granted, though the Sioux say they’ve received no notice to that effect. So the veterans are gearing up again.

“In light of recent news, Veterans Stand launched a new crowdfunding campaign to continue their commitment of protecting their ‘Indigenous brothers and sisters’ and possibly mobilizing again,” EcoWatch states. “The group has already raised more than $110,000 in less than a week from nearly 2,000 donors. The plan is to reach $500,000.” Diggs told CNBC some of that money will go to “basic transport of supplies and personnel”.

The group says it has had “thousands of volunteers reconfirm their dedication to the cause, and readiness to help.” The fundraising effort “will ultimately dictate our overall potential for a boots-on-the-ground presence, but our learnings from the first mission in December have allowed us to create the right infrastructure to move quickly.”