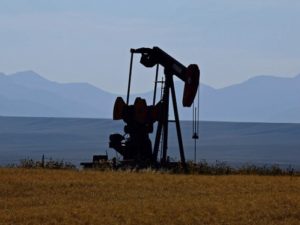 It was payback time in Washington, DC last week, as the fossil industry began counting up its return on investment for the US$98 million it lavished on last year’s federal election campaign (89% of it to Republicans).

In what Global Witness calls a “grave threat to U.S. national security” and an “astonishing gift to Big Oil,” the Republican-majority Senate rescinded a rule designed to prevent corrupt deals between oil companies and foreign governments, while Congress as a whole got to work on a Roadmap to Repeal, a Koch Industries wish list for deregulating domestic oil and gas production.

“It was a tally of rules that energy industry executives and lobbyists had waged a futile fight against for eight years, donating millions of dollars to lawmakers who vowed to help block them, filing lawsuits to try to overturn them, and hiring experts to generate reports that questioned the need for them,” the New York Times reports. The hit list includes an Obama-era methane regulation, the loss of which will cost U.S. taxpayers US$330 million in wasted natural gas each year, plus $800 million in lost tax revenues over the next decade.

But like other aspects of the Trump takeover, the attack on energy and climate regulation is showing small signs of stalling out, with Rep. Jason Chaffetz (R-UT) withdrawing legislation to transfer three million acres of “excess” federal lands to states and InsideClimate News pointing to glaring flaws in the former casino mogul’s plan to fund a $1-trillion infrastructure package by raising royalties on an oil and gas drilling boom on public lands. The Brookings Institution, meanwhile, sees a “bleak outlook for Trump’s promises to coal miners”, given the long-standing impact of automation on coal industry employment.

Saudi Arabia, on the other hand, is considering boosting its investments in U.S. fossil production, after a first conversation with a famously xenophobic head of state who campaigned on a promise to increase his country’s energy independence against OPEC, of which Saudi Arabia is the de facto lead.

“There are huge areas of alignment” between the two countries, Saudi Energy Minister Khalid al-Falih told BBC last week. “President Trump has policies which are good for the oil industries, and I think we have to acknowledge it.” (Question to ponder: With Trump in charge, will Saudi Arabia demand cash on delivery?)

ICN also reports that the new management in Washington was shifting the content and tone of the Environmental Protection Agency website, though Quartz says a group of 60 programmers and scientists was busy downloading EPA data and storing it safely on European servers at the moment of Trump’s inauguration. (At last count, the pre-January 20 EPA also lived on courtesy of The Internet Archive’s Wayback Machine.)

Elsewhere, while some Republicans were trying to change their tune—or at least their optics—on climate change, others were back for more of the same. The New York Times has a good analysis of incoming EPA Administrator Scott Pruitt’s doubletalk on climate science. But in these turbulent times, it’s nice to know there are some rock-solid constants to count on: Like Lamar Smith (R-TX), chair of the House Science Committee, coming back for another round of attack on the supposed “secret science” behind the EPA’s (former) climate agenda.