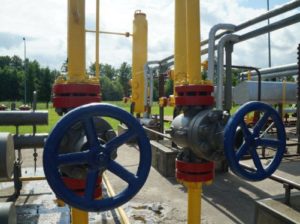 The American Petroleum Institute is applauding a U.S. House of Representatives vote last Friday that will allow fossils to waste US$330 million in taxpayer-owned natural gas per year, reduce tax payments by $800 million over 10 years, and drive up methane emissions that harm public health and accelerate global warming.

House Republicans are using the Congressional Review Act in an attempt to roll back a regulation enacted in the last weeks of the Obama administration that would have cut those releases by 20 to 30% by 2025. To API President Jack Gerrard, the universe is unfolding as it should.

“We applaud the House of Representatives’ attention to this important matter and ask that all members of the House support this resolution when it is considered on the floor,” he told Congress, in a letter circulated before the vote. “We know that the exploration and production of federal oil and natural gas will further enhance U.S. economic and national security, and that a forward-thinking energy policy that prioritizes and grows federal production will benefit all Americans.”

The vote passed, even though “those in Congress working to overturn guidelines that will reduce methane pollution would be taking money away from American taxpayers and removing protections for Americans’ health and the environment,” said Wilderness Society President Jamie Williams.

“More than $1.5 billion in natural gas has been pointlessly burned and sent into the air since 2013,” he added. “It defies common sense for Congress to allow companies to waste our resources and ditch basic safeguards limiting the release of harmful methane pollution.”

Think Progress explains that public health will suffer with the repeal of a rule that was on track to reduce volatile organic compound (VOC) releases by an estimated 250,000 to 267,000 tons per year. “When natural gas leaks during production, methane and toxic air pollutants like benzene and volatile organic compounds (VOCs) are released,” writes public lands specialist Jenny Rowland.

“VOC’s are a precursor to ground level ozone, which poses a real threat to children who suffer from asthma and can affect Americans’ daily lives. Nationally, there are more than 750,000 summer asthma attacks in children under the age of 18 due to ozone smog resulting from oil and gas pollution.”

League of Conservation Voters President Gene Karpinski added that “methane pollution is also a potent greenhouse gas, and the rule is an important step in reducing our contributions to a changing climate that threatens our health, communities, ecosystems, economy, security, and way of life.”