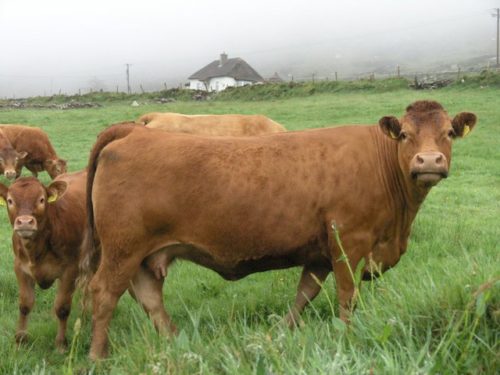 Vegetarian, vegan, and organic diets won’t sever the connection between food production and its environmental footprint as long as they’re built on a system so destructive that astronauts can see its impacts from space, central Virginian farmer-entrepreneur Chris Newman argues in a recent post on Medium.

His answer combines seasonal diets, hyper-local production with shorter supply chains, and a determination not to be doctrinaire about the mix of protein in the average diet: Any solution that really works, he contends, won’t be achieved by consumers doing most of their shopping at grocery stores, changing out just a couple of items in their diets, or avoiding “substantial shifts in your diet as the seasons progress.”

It means real sustainable food production is more complicated than a slogan, but that’s because “complex, deep-rooted problems don’t have easy solutions,” he writes. “This solution is based on a system of production that’s been mostly dormant for centuries. It calls for massive disruption of a deeply entrenched global food supply chain. It would require a huge influx of human capital into a vastly transformed agriculture sector which, considering the state of wages and youth unemployment, is probably more of an opportunity than a challenge.”

Newman stresses that “not all vegetarian or carnivorous diets are created even remotely equal. A vegetarian who consumes whatever’s in the produce aisle of Wegmann’s is going to have a much larger eco-footprint than the plant-centric, meat-occasional omnivore who purchases exclusively from the local farmer’s market.”

That consumer, in turn, “will have a smaller footprint than the full-out vegan who subsists on plant-based meat substitutes, quinoa, and ancient grains. That vegan, however, will have a much smaller footprint compared to the American gastropod that ramrods close to a pound of feedlot meat into his gullet every single day.”

The common denominator is that “none of their diets or sourcing habits are going to solve the food sustainability problem,” he says. “Given the way we grow food today, it’s more accurate to say that vegetarian diets are ‘less awful,’ not ‘better,’ than omnivorous diets.”

In Newman’s own environs on the U.S. coast, “the solution is large numbers of smaller (50–to 500-acre) cultivated food forests surrounding our urban centres, forming the backbone of a production system augmented by urban gardens growing on nearly every rooftop, balcony, vacant lot, road median, yard, public park, and empty warehouse floor.” Those supply sources feed “brick-and-mortar markets and food hubs being supplanted by producer/consumer exchanges that allow computers to handle the aggregating, without obscuring the relationship between grower and eater.”

And that’s the easiest part: more challenging, Newman anticipates, will be to re-introduce a food system that changes with the seasons to reflect what a local or nearby ecosystem can provide. “This part is hard, because it involves strange ingredients and seasonality for a population that’s accustomed to corn-based-everything and buying strawberries in August. I don’t have a solution for this problem ready to ship. That’s where the social innovators, of whose ranks I am not a member, come in.”