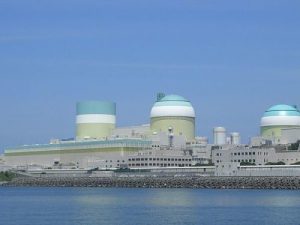 Nearly six years after an earthquake and tidal wave severely damaged nuclear reactors at Fukushima, Japan, the country may be on the verge of restarting several other undamaged plants that have sat idle since 2011. Their restored contribution to the national grid could set off dramatic knock-on effects on Pacific Basin prices for coal and natural gas, the two fuels that shored up power supplies during the extended nuclear shutdown.

Prior to the Fukushima reactor meltdowns, nuclear power supplied about 30% of Japan’s electricity. With its fleet of some 50 power reactors idled—and previous efforts to restart some units halted after local protests—Japan has imported more coal than China “in 14 out of the past 24 months,” Bloomberg reports. It has also consumed a staggering one-third of the world’s liquefied natural gas.

However, after several abortive efforts, the news outlet predicts that nuclear “restarts will finally get going in earnest this year. At the high end, that would result in nuclear rising from 0% of the country’s energy mix in 2014 to almost 11% in 2017.”

A change of that magnitude “would weigh further on an already depressed market” for LNG, Bloomberg anticipates, and do much the same for coal. The change in supply mix could also provide a “reprieve” for uranium, the raw material of reactor fuel.

The costs to contain the radiation leaking from Fukushima’s damaged reactors and safely decommission them continues to mount, and the work appears likely to stretch for decades into the future.