‘Clean’ Coal Generation Twice as Expensive as Renewables in Australia 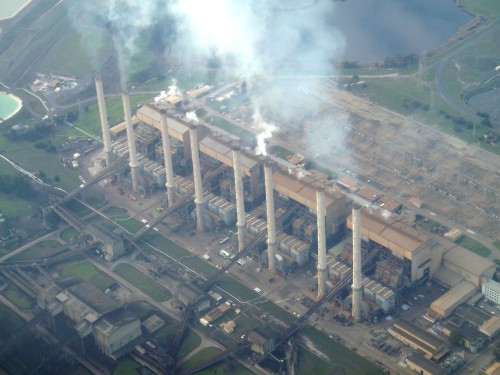 Plans by two Australian cabinet ministers to reduce their country’s greenhouse gas emissions from coal-fired generating plants 27% with a new generation of “super ultra-critical” and allegedly “clean” coal-fired generation stations would do the job, an independent analysis concludes. But renewables would deliver the same results for half the price.

Australian resources minister Matthew Canavan and energy and environment minister Josh Frydenberg are proposing the new fleet of generating stations based on their promised cleaner performance, but have been silent on their likely cost.

“So Dylan McConnell from the Climate and Energy College at the University of Melbourne crunched the numbers,” The Guardian reports. He calculated that to achieve the ministers’ advertised 27% reduction in power sector emissions, Australia would need to add 20 gigawatts of new generating capacity. With the proposed “clean” coal technology feature, that would cost about A$62 billion.

By comparison, it would only take 13 to 19 GW of renewable power to achieve the same emissions reduction. That could be built out, McConnell estimated, for between A$24 to A$34 billion.

“No wonder no one wants to talk about the costs,” he said.

For A$62 billion, he added, Australia could build as much as 39 GW of wind and solar energy. That output “would not completely replace coal power,” in Australia, The Guardian notes, “but it would reduce its emissions by up to 65%.”

Neither minister responded to the paper’s questions about the comparative power costs, although Frydenberg’s office issued a statement committing Australia to a “technology-neutral” climate policy. “Arbitrarily excluding certain technologies for ideological reasons,” it asserted, “will lead to higher cost outcomes.”

The analysis “clearly shows the government is off on an economically and environmentally irresponsible frolic with their trumpeting of ‘clean coal,’” responded Mark Butler, Opposition critic for climate change and energy.