Beyond Energy Efficiency, Is Transit a Civil Right? 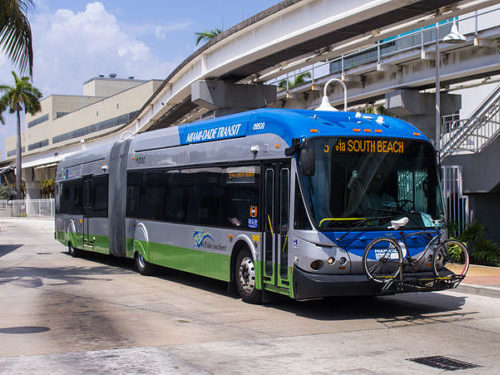 “Los Angeles has a ubiquitous car culture with a national reputation,” the Pacific Standard notes. “But drivers and lawmakers alike have failed to consider the varied needs of transit-dependent people who rely on public transportation to travel beyond their neighbourhood.”

Now, UCLA researchers Evelyn Blumenberg and Greg Pierce have quantified the penalty Angelenos pay for not being car owners. “The presence of a car raises the probability of finding a job by a factor of two,” the Standard reports, “and of being employed at both time periods [examined in the study] by a factor of four.”

Poverty is a barrier to car ownership for some. Health considerations preclude driving for others. The combination of urban gentrification, which drives up accommodation costs near employment, and urban sprawl, means that “residents are moving further away from areas with jobs. The further out one lives, the less available public transportation becomes. Thus, to get from the outskirts of the county to work in job-rich metropolitan LA without a car is often not a viable option.”

“Most Angelenos who rely on public transportation come from low-income households and are people of colour. There’s also a growing female ridership,” the article notes. “All of which is to say, ignoring the needs of transit riders is more than an urban transportation problem: It’s an issue of inequity and civil rights.”