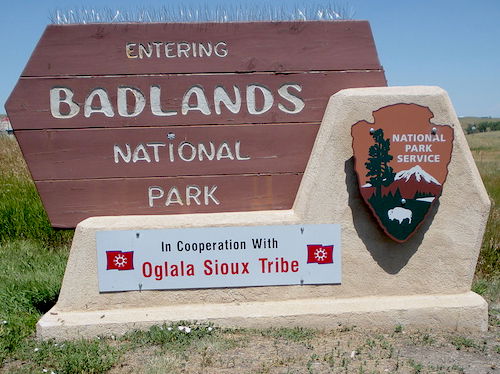 A former social media manager at Badlands National Park in South Dakota earned a place in protest and science history this week with a short flurry of rogue tweets Tuesday afternoon that spawned a cascade of support from embattled U.S. national parks and science-based agencies, quickly leading to calls for a Scientists’ March on Washington, dates still to be confirmed.

Within a day, U.S. climate scientist and advocate Eric Holthaus was reporting the emergence of 14 “rogue” Twitter accounts for different federal science agencies. By Thursday evening, the total was in the dozens, 7,440 users had subscribed to the #Twistance (Twitter resistance) list, and scientists were laying the groundwork for the national march.

The week had begun with the Trump administration shutting down all grants overseen by the U.S. Environmental Protection Agency (EPA) and barring staff from talking about the decision. The U.S. departments of agriculture and interior were also instructed to stop sharing information with the public, including via social media, just days after all material on climate change had been scrubbed from the whitehouse.gov website.

Then Badlands took down a series of tweets containing accurate, science-based information about climate change—material on ocean acidification, atmospheric CO2, and other climate science topics they’d been free to cover before Trump took office. “On Tuesday, Badlands National Park took to Twitter to share facts about climate change. Normally, this wouldn’t be news,” ThinkProgress reports. “But these are not normal times.”

A National Parks Service official said the tweets had been removed voluntarily, without any prompting from the new administration. “Several tweets posted on the Badlands National Park’s Twitter account today were posted by a former employee who was not currently authorized to use the park’s account,” the official told Buzzfeed. “The park was not told to remove the tweets but chose to do so when they realized their account had been compromised.”

But by then, the wave of online resistance was already spreading.

“Government scientists in the U.S. are far from embracing the new silent reality,” the National Observer reports. After the White House edict came down, NASA and the National Oceanic and Atmospheric Administration (NOAA) “immediately started tweeting climate messages in defiance of the new Trump administration’s policy. One of the tweets invited the public to ‘brush up on some facts’ about climate, an obvious dig at Trump adviser Kellyanne Conway’s recent ‘alternative facts’ statement.”

“It’s #WisdomWednesday, so let’s brush up on some facts! Check out our Global Warming FAQ,” NOAA tweeted.

“Many wetlands on the U.S. West Coast could be inundated by sea level rise in the decades ahead. #sealevelrise,” added NASA.

(As the Observer points out, the week’s news from the U.S. echoed badly for Canadians who’ve just recently emerged from 10 years of suppressed science under former prime minister Stephen Harper.)

But despite indications that Trump might be standing down on his demand that the EPA drop all climate data from its website, the climate-denying head of the administration’s EPA transition team, Myron Ebell, said the pages would ultimately be shuttered.

“My guess is the web pages will be taken down, but the links and information will be available,” he told Reuters.

“If the website goes dark, years of work we have done on climate change will disappear,” replied an anonymous EPA staffer.

Alden Meyer, director of strategy and policy at the Union of Concerned Scientists, told BBC News the move against climate evidence amounts to “a ‘control-alt-delete’ strategy: control the scientists in the federal agencies, alter science-based policies to fit their narrow ideological agenda, and delete scientific information from government websites.” He added that “this is an across-the-board strategy that we are seeing at multiple federal agencies on a range of issues, though climate denialism is clearly the point of the spear.”

As for the Scientists’ March, “organizers started a private Facebook group and Twitter account on Monday,” Climate Central reports. “By Wednesday afternoon, the former boasted more than 300,000 members and the latter had nearly 55,000 followers. [204,000 by Thursday evening.] A public Facebook page had more than 11,000 likes just five hours after going online [185,853 at last count]. The explosion of support caught organizers off guard, but they’re meeting this weekend to discuss details about the date and full mission statement.”

Science writer and public health researcher Caroline Weinberg told the Washington Post the news “lit a fire under us” after federal scientists were barred from communicating with the public. “We were inspired (well, infuriated) by the current attacks on science from the new administration,” she wrote. “Slashing funding and restricting scientists from communicating their findings (from tax-funded research!) with the public is absurd and cannot be allowed to stand as policy.”

Holthaus, meanwhile, describes the gag orders as a threat to U.S. national security.

“What’s happened in the first few days of Trump’s presidency is shocking, and terrifying, and wrong,” he writes. “If climate and environmental scientists aren’t allowed to do their job — understanding our rapidly changing planet and how we can work to lessen the impact of our actions for the benefit of all living things on Earth and then share that knowledge with the public — we are all at risk.”