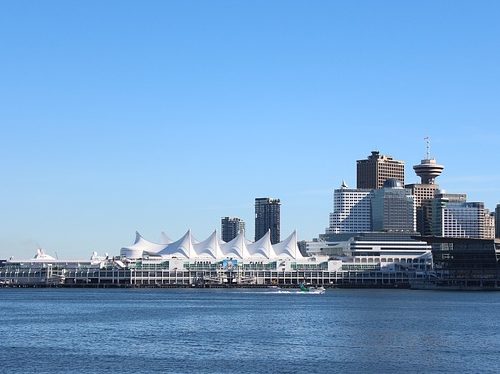 A coalition of more than 50 community groups led by West Coast Environmental Law issued an open letter this week, calling on British Columbia’s 190 municipalities and regional districts to hold the fossil industry accountable for local climate impacts, now and in the future.

“Fighting climate change only works when everyone does their fair share. The fossil fuel industry expects communities to pay the costs to adapt and rebuild from climate impacts, while they pocket hundreds of billions of dollars of profits,” said WCEL Staff Counsel Andrew Gage.

“When communities demand accountability from fossil fuel companies, the industry will finally have an incentive to get out of the way of those who want to build a sustainable future—or, better yet, to start working with us.”

WCEL points to three of the world’s biggest fossils—Chevron, ExxonMobil, and Saudi Aramco—as the source of nearly 10% of the world’s historic greenhouse gas emissions. About two-thirds of all emissions trace back to 90 companies, most of them fossils.

“Thanks to global fossil fuel pollution, our communities are having to prepare for winters with less snow and much more rain. We’ve seen how this creates landslides, drought, and forest fires at home, in the West Kootenays,” said Montana Burgess, executive director of the West Kootenay EcoSociety.

“Right now, ordinary people are paying for these costly disasters. Each community needs to do its part to transition off fossil fuels and get onto 100% renewable energy. But until Chevron, Exxon, and the other big oil companies take responsibility for the harm caused by their products, we won’t get there on the global scale.”

The open letter asks municipalities to send fossils “a detailed invoice for climate costs, or a letter simply enquiring as to the company’s position on paying a fair share.” And it hints at a possible class action lawsuit to press the case on cities’ behalf.