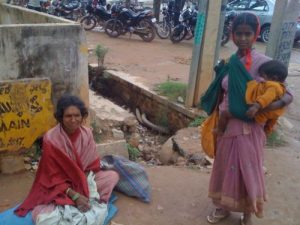 Women in South Asia are increasingly bearing the brunt of migration related to climate change, but governments have been slow to connect the two problems or develop policies in response, India Climate Dialogue warned earlier this month.

But three years later, Harjeet Singh, ActionAid’s Global Lead on Climate Change, still states that “the rights of migrants and their families are being threatened by unsafe migration, which is often driven by desperation and a lack of options caused by climate disasters. The impacts of migration on women, both those migrating and those left behind, is not yet adequately understood or addressed by national or international policies.”

An ActionAid report on South Asia notes that “young females from neighbouring Nepal and Bangladesh who migrate to India as well as internal migrants from rural areas moving to cities are increasingly vulnerable to abuse and trafficking. As they often use so-called ‘agents’ to help them find work, these can turn out to be traffickers, who once they arrive in the city, force them to work in brothels.”

Meanwhile, as migrant women and men are pulled away to city jobs, “the work load on women left behind is multiplied many-fold,” India Climate Dialogue notes. “Because of the nature of migrant work being uncertain, remittances from migrant males are often sporadic.” So “not only must the women do household work and child and elderly care, [they must] also generate income, usually by taking on their husbands’ role in agriculture. This, too, without access to capital or credit, while negotiating existing agricultural services dominated by men, where the women have to overcome several cultural barriers.”

Yet even though these severe problems have been documented, “there is no statistical data to formulate effective policies,” writes correspondent Manipadma Jena. “The crux of the problem is that while disaster-driven forced migration is likely to increase further, there is no systematic data and statistical record of internal and cross-border migration on which governments can base their policies.”

In a separate exposé, The Diplomat notes that the character of migration in the Asia-Pacific has been shifting.

“We tend to think of climate-linked migration as unplanned, chaotic movement,” writes Alex Randall, coordinator of the Climate and Migration Coalition. “But it also takes the form of planned, organized projects to move away from places badly affected by climate change. These projects are not always successful, and the people being ‘relocated’ are not always willing participants. But countries across Asia and the Pacific have been at the forefront of these relocations, and the rest of the world must learn from their successes and problems.”