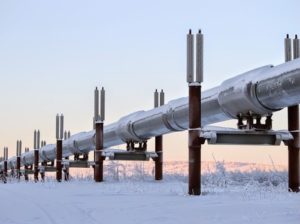 Canada will have “no credible pathway” to meet its commitments under the Paris Agreement if it keeps expanding its tar sands/oil sands production and pipeline capacity, Oil Change International concludes in a report released earlier this month.

“Canada will be the world’s second highest contributor of new oil production globally over the next 20 years if action isn’t taken to halt new tar sands pipelines and production growth,” writes Oil Change Senior Campaigner Adam Scott. “Cumulative emissions from producing and burning Canadian oil would use up 16% of the world’s carbon budget to keep temperatures below 1.5°, or 7% of the budget for 2.0°. Canada has less than 0.5% of the world’s population.”

Science shows that global greenhouse gas emissions must be halved in the next 20 years if humanity is to have a two in three chance of keeping average global warming below 2°C (somewhat worse odds, 350.org’s Bill McKibben points out, than playing Russian Roulette with a six-shooter). For a 1.5°C target, warming must be halved within 15 years. But “new pipelines and tar sands projects are designed to last 40 to 50 years,” Scott points out. And “it’s extremely difficult to shut down projects early once investments have been made.”

In a report that set out to “explore the contradiction” between Prime Minister Justin Trudeau’s pipeline expansion goals and his carbon reduction promises, Oil Change notes that pipelines “are the keys that open up untapped reserves, by giving producers an affordable, reliable means to get oil to market. While there is ample pipeline capacity for oil from existing and under-construction tar sands projects, there is no room for new expansion.”

That’s why the fossil industry “lobbies so hard for new pipelines, and [it] is also an important reason (alongside low oil prices) that no new tar sands projects are being developed,” the report states. “Assuming other market conditions are right, building new pipeline infrastructure is the only way that future tar sands expansion projects would achieve rates of return high enough to get a green light from investors.” Oil Change calculates that tar sands/oil sands projects already under construction would match up with 95% of Canada’s available pipeline capacity within the next few years.

That means no additional capacity is needed to support the country’s existing production, but expanded bitumen production won’t happen without new capacity. With today’s tar sands/oil sands being slowed down by low oil prices, not by producers’ ability to transport it to market, “the effect of pipelines is not on current economics, but on new expansion.”