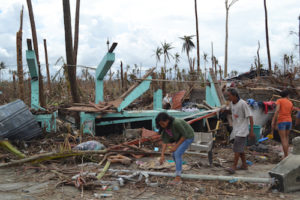 A steady 70% of Americans are convinced climate change is happening—contrary to their incoming president’s view that it’s a hoax perpetrated by China. And at 45%, the proportion who are “extremely” or “very sure” is at its highest level since 2008, according to new data from the George Mason University Center for Climate Change Communication.

“The number of Americans who are ‘very worried’ about global warming has reached a record high (19%) since our surveys began in 2008. A majority of Americans (61%) say they are ‘very’ or ‘somewhat’ worried about the issue—nearly equal to the highest level last seen in 2008 (62%),” GMU reports.