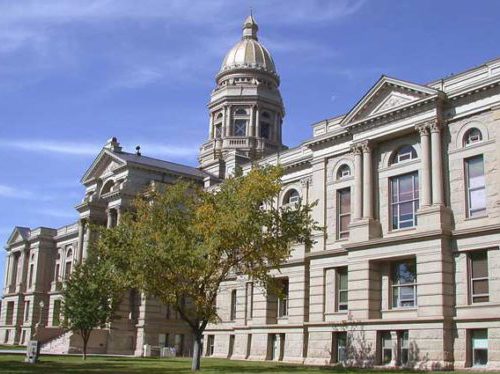 A cabal of legislators in America’s top coal-producing state are proposing the most draconian measure yet to protect the dirtiest fossil fuel from marketplace extinction: banning state utilities outright from buying wholesale electricity from wind or solar generation.

“Two state senators and seven representatives, [who] largely come from Wyoming’s top coal-producing counties and include some deniers of man-made climate change,” filed the bill on the first day of the state legislature’s 2017 sitting, InsideClimate News reports. It would make utility-scale solar and wind “ineligible” for purchase by Wyoming utilities by 2019.

Wyoming is also America’s fourth-largest natural gas producer and eighth-biggest source of crude oil. Along with coal, both would be “eligible” sources of power for state utilities, as would nuclear, hydroelectricity, and “net metering sources such as rooftop solar or backyard wind projects for homeowners and small business.”

The proposal would also permit the construction of large wind and solar farms on the Wyoming high prairie—but only if the power is sold outside the state’s borders.