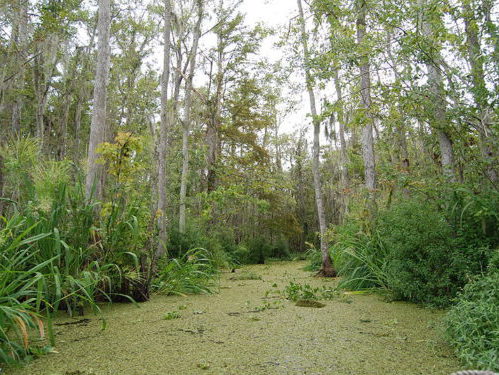 The swamps of Louisiana may be joining the windswept northern plains as the scene of local resistance against pipelines built by Houston-based Energy Transfer Partners.

ETP is the company building the Dakota Access Pipeline, which hundreds of indigenous and other activists dug in near the Standing Rock Sioux reservation in North Dakota have successfully stalled. The same company is also trying to push its Bayou Bridge pipeline extension through 11 Louisiana parishes. The pipeline route crosses some 242 hectares of coastal wetlands and 700 bodies of water, according to a report in The Guardian. It would pass alongside “wells that reportedly provide drinking water for some 300,000 families.”

At a recent public hearing in Baton Rouge, the paper reports, “the crowd laughed heartily” when a company spokesman conceded that after the line’s construction, which would employ up to 2,500 people for a while, “the project would produce 12 permanent jobs.”

“Those who have airboat companies and equipment companies that specialize in putting in equipment, they’re not opposed to pipelines because of the short-term jobs,” Jody Meche, president of the state Crawfish Producers’ Association, told the hearing. “But once that pipe is in there, the jobs are gone.”

In a development that might give the project’s investors pause, The Guardian noted, “Native Americans also dotted the crowd, many of them fresh from Standing Rock.”