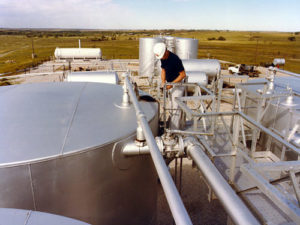 Bullish forecasts of America’s fossil energy production, especially under an unabashedly pro-fossil president after this week, have driven expectations that the U.S. will soon become a net energy exporter for the first time in decades. But the Post-Carbon Institute declares that it won’t happen, in a heavily linked and documented blog post.

The U.S. Department of Energy delivered its latest forecast in its Annual Energy Outlook for 2017. The yearly report foresaw America becoming a net energy exporter as soon as 2027 in its reference case scenario. “Will this eventually prove to have been an accurate prediction?” the Institute asks.

“Past [annual] reports have erred, often spectacularly,” the non-profit notes. “A recent peer-reviewed study examined 630 renewable energy forecasts by the EIA between 2004 and 2014, and found that most sharply underestimated solar/wind generation or capacity growth. Projections also consistently overestimated the cost of renewable electricity.”

Moreover, the Institute adds, “the inaccuracy of [EIA] forecasts has actually worsened in recent years.”

What the blog calls a more “realistic assessment” would have modeled U.S. tight and shale oil production declining “at rates commensurate with a realistic assessment of per-well decline rates, geographic resource variability, and numbers of possible drilling sites.”

“Had it done so,” PCI states, “the resulting chart would have shown the nation with declining overall oil and gas supplies. Net energy exports could not occur under such a scenario.”

However the Institute finds it “interesting” that DoE released its latest report nine months earlier than in most years. Author Richard Heinberg asks whether the federal agency “could be seeking to curry favour with the incoming administration, which is promising more energy production and exports?”