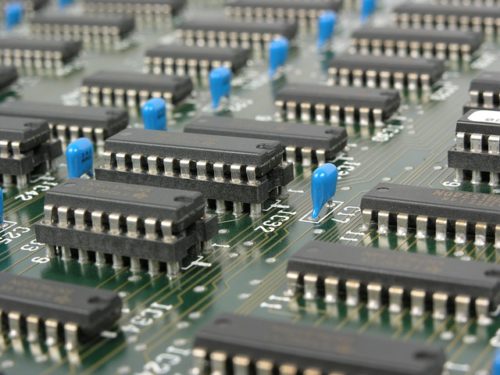 When investors look at renewable energy companies, “it’s like looking at Intel or Microsoft in the 1990s,” the New York Times reported last week, in a story picked up by the Institute for Energy Economics and Financial Analysis.

“No longer is there a trade-off between what you believe in and what you can make money off of,” said DBL Partners founder and managing partner Nancy Pfund. Alternative energy sources can compete with fossils without subsidies, she added, and investors “are going to redouble their efforts to migrate their portfolios to a 21st-century energy economy.”

As U.S. President-elect Donald Trump prepares for his inauguration later this week, the Times says investors will be challenged “to make sure that passions for change and innovation, or anger at environmental policies that favour fossil fuels, do not cloud sound investment analysis.” In recent years, “people have chased some investments that weren’t timely or were not quality investments in order to participate,” said Chat Reynders, CEO and chair of Reynders, McVeigh Capital Management.

But now, solar technology has gone mainstream, with companies like Walmart aiming for 100% renewable energy use across their operations. “You can’t put the genie back in the bottle when it comes to the economics driving solar, wind, and battery storage,” said Thomas Van Dyck, managing director at RBC Wealth Management’s SRI Wealth Management Group.

“The economics are such that in California, wind and solar are the cheapest form of power you can put in place,” he added. “If you’re a long-term investor, you need to look at these long-term trends.”

The U.S. Environmental Defense Fund reached a similar conclusion last week, in a post that summarized recent developments in clean energy investment. “Climate change criteria shape the investment of US$1.42 trillion in assets under management, a more than five-fold increase since 2014,” EDF noted. “Clean technology is now a consideration incorporated by money managers with $354 billion in assets under management.”

Both articles pointed to low renewable energy costs as a key factor reshaping investment decisions, along with financiers’ interest in innovative technologies and their aversion to risky investments like coal. “Credit downgrades have outnumbered upgrades among coal mining companies this year by about eight to one,” EDF notes, citing Bloomberg data. “Such market realities are immune to politics.”

But despite the rosy outlook, boardrooms may not be equipped to respond to climate change policies and risks, at least in Canada.

“Canada’s biggest oil and gas producers and utilities appear to lack expertise in climate change at the board level despite their dependence on selling energy products linked to the issue,” Canadian Press reports, citing a study by the Shareholder Association for Research and Education (SHARE).

“Climate change issues are inextricably linked with areas of business like corporate strategy, risk assessment, capital expenditures, operations, trade, financial performance, and asset valuation,” SHARE warned. “And yet…it is not clear that companies are acknowledging this risk at the board level, let alone positioning the company to address it.”