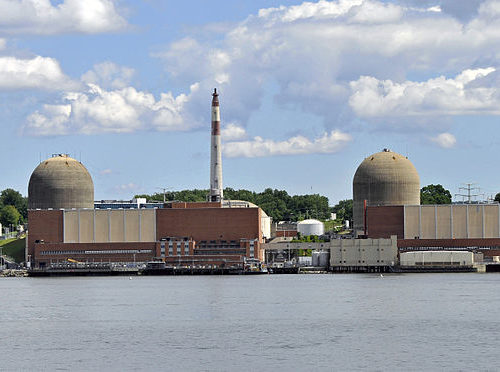 U.S. utility Entergy will close its troubled Indian Point Nuclear Station, in an agreement with state safety regulators who have long had concerns with the facility’s two reactors. The announcement was quickly leveraged by anti-nuclear advocates, and cited by financial analysts as evidence of the nuclear industry’s economic “meltdown”.

The two reactors at the Indian Point plant at Buchanan, NY, just 50 kilometres north of New York City, generate 2,000 megawatts of power—about one-quarter of what’s needed to keep the lights on in America’s biggest city. “In 2011,” the New York Times reports, a study “commissioned under then-Mayor Michael R. Bloomberg concluded that if Indian Point were shut within five years, there would not be enough reliable substitutes to meet the city’s needs.”

But now, regulators apparently believe New York can acquire enough power from Quebec, and from existing and potential wind farms in the state, to achieve stable supply by April 2020, when the first reactor will power down for the last time. The other will follow a year later.

Advocates against nuclear power in Canada were quick to draw the decision to the attention of voters in Ontario, where the link between electricity prices and nuclear power is a burning political issue. The Ontario Clean Air Coalition called on residents to compare the New York decision “to the reaction of the Wynne Government. It’s a study in contrasts, with one government actively seeking to replace an old and dangerous nuclear station with low-cost water power imports from Quebec, and the other clinging to a dinosaur that threatens the safety of millions of people.”

The organization has lobbied Wynne’s government to replace the province’s increasingly expensive power supply from its Pickering and Darlington nuclear stations with generation from solar plants, or purchases like the one New York is making from Hydro-Quebec.

Reuters drew a different lesson from the closure, concluding that “nuclear energy is having an economic meltdown.”

The agency noted that Entergy blamed the closure decision on “the low cost of natural gas,” which “has driven wholesale power prices down by about 45% over the past decade, effectively slashing Indian Point’s revenue by some US$575 million a year.”

And “other utilities are reaching a similar conclusion” about the economics of nuclear production, Reuters observes. Five plants have been shuttered in the last five years, and companies plan to retire five more by 2025.