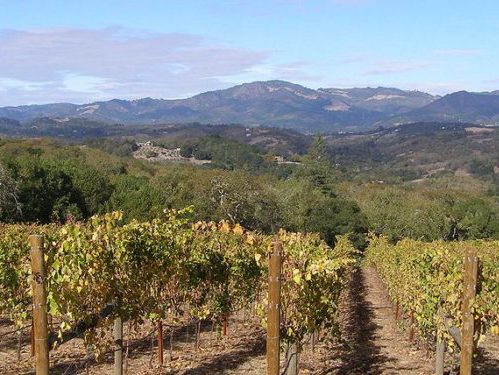 After decades in the business, Jackson Family Wines in California’s Sonoma County is focusing on hotter, drier weather that could be devastating for the dozens of wines it produces for customers on five continents.

“As California endures a years-long drought, the Jacksons, like other winemakers, are grappling with new realities. Grapes, though a surprisingly resilient crop, are ripening earlier. Nights are warmer. Aquifers are running dry,” the New York Times reports.

“As a result, the region’s wine country has become a laboratory for the reshaping of agriculture nationwide. Because, of course, it’s not just California that’s warming up.”

Beyond standard drought mitigation measures, the Jackson family is relying on a wider toolbox, from falcons to drones, to protect the winery. Owls and falcons hunt pests that are more prevalent due to milder winters.

Drone technology allows the Jacksons to monitor crops for telltale changes in colour that point to nutritional deficiencies or irrigation leaks. “Previously, it would require an experienced winemaker to go and look at the grapes,” said Director of Aviation Clint Fereday. “Now we can run a drone, tag an area of the vines with GPS, and go right to the spot that has a problem.”

The company is also learning new methods to capture rainfall. “And since fossil fuel consumption is one of the biggest drivers of climate change, they are trying to become more energy efficient, in part through the use of old-school farming techniques.”

The “practical and existential” questions for co-owner Katie Jackson, the company’s VP for sustainability and external affairs: “Can you make fine wine with less water?” the Times asks. “Will good grapes still grow here in 20 years? What will become of an industry central to California’s identity, one that says it contributes US$114 billion a year to the nation’s economy?”

“The climate has been getting warmer and warmer, and we’re seeing more extremes, from really wet to really dry,” Jackson told the Times. “Little by little, we’re learning.”

While “so far the drought has not wreaked havoc on the California wine business,” reporter David Gelles notes, the risk to California wineries is far from theoretical.

“Several reports suggest that rising temperatures around the globe could imperil major winemaking regions in the coming decades,” he writes. “One study suggested that by 2050, many regions in Europe, including much of Italy and swaths of Southern France, could become unsuitable for wine grapes. The same study suggested that California production could fall by 70% by the century’s midpoint.”