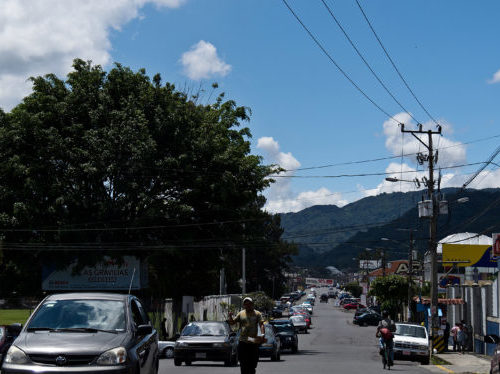 There was an unfortunate back story to last week’s reports that Costa Rica is producing 98% of its electricity from renewables: the transportation sector has been growing quickly enough to drive up the country’s overall oil consumption.

The previous news and social media bulletins had “bolstered the Central American country’s already outstanding environmental reputation,” The Guardian reports. But Costa Rica “has approximately 287 cars per 1,000 people, surpassing both the world and Latin American average,” the paper notes. “Hybrids and electric cars that can feed off the renewable electricity grid make up less than 2% of those vehicles, and according to the national oil refinery, gas purchases increased by 11% in 2016.”

In addition to pollution and emissions, the “explosive growth” of private vehicles has made the capital, San José, the city with the worst congestion in Latin America.

“While the footage of Costa Rica’s pristine jungles may suggest otherwise, this traffic-plagued city is home to more than half of all Costa Ricans—many of whom have lost their appetite for San José’s antiquated bus system,” The Guardian notes. “With more Costa Ricans now able to afford cars, demand for oil is expected to continue growing, unless major changes are made to attract people to public transit and electric vehicles.”