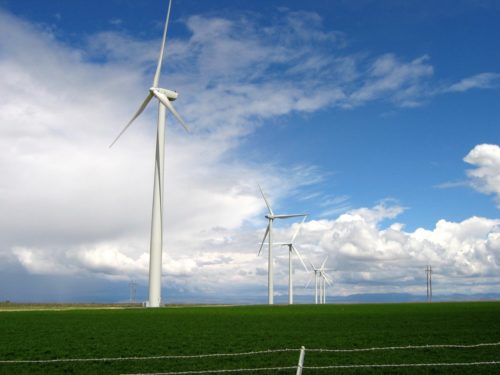 The Trump administration’s attempts to roll back progress on renewable energy development may well be frustrated by the same limits on federal authority that blocked faster, farther action during President Barack Obama two terms in office.

“When Mr. Trump gets to the White House, he will find that the federal government actually has relatively little control over American energy policy, and particularly over electricity generation,” the New York Times reports. “The intrinsically weak federal role was a source of frustration for Mr. Obama and his aides, but now it will work to the benefit of environmental advocates. They have already persuaded more than half the states to adopt mandates on renewable energy. Efforts to roll those back have largely failed.”

The Times points to rapid growth in the U.S. wind industry, noting that wind farm technician is “projected to be the country’s fastest-growing occupation over the next decade.” That helps background the result of an offshore wind auction in New York state that took place a month after Trump’s unexpected election win.

“Up, up and away soared the offers — interest from the bidders was so fevered that the auction went through 33 rounds and spilled over to a second day. In the end, the winning bidder offered the federal treasury US$42 million, more than twice what the government got in August for oil leases—oil leases—in the Gulf of Mexico.”

American Wind Energy Association CEO Tom Kiernan noted the industry has an $80-billion investment pipeline lined up for the next few years. “We are creating jobs throughout America, good-paying jobs, and we think President-elect Trump will want that to continue,” he told the Times.

If Trump does try to repeal the country’s production tax credit (PTC) for wind or its investment tax credit (ITC) for solar, he’ll have some heavyweights in Congress to contend with. The credits are already scheduled for sharp declines over the next five years, but “if Mr. Trump pushes for an early end to the subsidies, he will find that renewable energy has friends in the Republican Party. Topping that list is Charles E. Grassley, the senior senator from Iowa. That state—all-important in presidential politics, let us remember—will soon be getting 40% of its electricity from wind power.” (h/t to the Georgetown Climate Center for pointing us to this story)