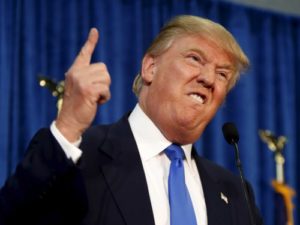 With Donald Trump’s inauguration as U.S. president now just two weeks away, at least one industry executive foresees an uptick in renewable energy development, at least in the short term.

“Donald Trump will be good for clean energy, in the short term at the very least, lighting a fire under project developers who are pretty nervous about possible changes in federal policy and incentives,” writes William Liuzza, founder and CEO of international executive search firm EnergeiaWorks. “The efforts of developers across the country will likely bump up the rest of the supply chain—manufacturing, distribution, and construction—faster than we first anticipated.”

Even though U.S. tax credits for solar and wind “have strong, bipartisan support, and will sunset over the next several years,” meaning they are unlikely to be repealed, Liuzza expects the months following Trump’s arrival at the White House to parallel the period before the wind production tax credit expired in 2014. “With Donald Trump’s election as an unintended catalyst, our industry can continue to create more jobs, cut more carbon pollution from our energy supply, help our kids breathe increasingly cleaner air, and lower energy costs for everyone,” he predicts.

“We should take this opportunity and run with it.”

Liuzza bases his optimism on the recruitment needs he’s been discussing with his clients. “Since the election, we are operating in a policy environment for renewable energy in which the medium to long term is unclear at best,” said Jon Rappe, senior vice president with solar developer ImMODO Energy Services. So “we are staffing up and trying to get as many projects as possible in the ground before any new administration policies may take effect.”

More broadly, “project developers that thought they would start constructing in two to three years’ time now have timelines of one to two years,” Liuzza reports. So even though “Donald Trump’s electoral college victory is not something many of us in the clean energy community thought would benefit our industry, and the country and planet it serves,” clean energy can still “use the next few years to do what we do best: accelerate the transition to a clean energy future.”