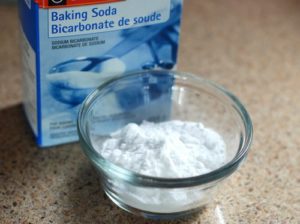 A process to capture carbon from coal-fired generation and turn it into baking soda could sequester 60 kilotonnes of carbon dioxide per year, according to Carbonclean, the company in southern India that developed the process.

The story captured multiple headlines just after the new year, many of them hailing the scheme as a rare breakthrough in CCS technology. “Crucially, the technology is running without subsidy, which is a major advance for carbon capture technology, as for decades it has languished under high costs and lukewarm government support,” the Guardian reports.

“Until now it has been too expensive without subsidy to strip out CO2 from the relatively low concentrations in which it appears in flue gas. The Indian plant has overcome the problem by using a new CO2-stripping chemical.”

The Guardian points to demand for carbon dioxide as an industrial chemical. But as for turning it into sodium bicarbonate—baking soda—Carbonclean’s new process may not be exactly a game-changer.

In mid-December, Bakers’ Journal placed the global market for baking ingredients at US$11.79 billion in 2015, and projected it growing to $18.13 billion by 2024. Baking powder and soda accounted for about a quarter of that total, suggesting just a bit of a dissymmetry between this particular market for captured CO2 and the volume that would have to be sequestered to justify fossil production in a post-carbon world.