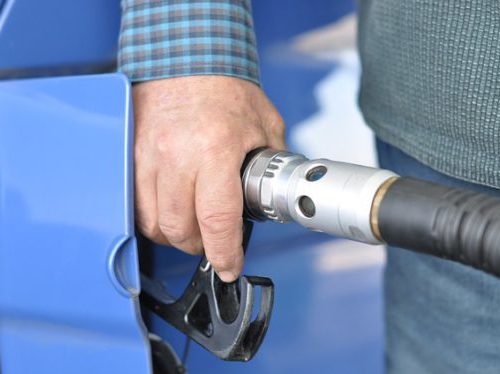 The ushering in of Alberta’s new carbon tax and oil royalty scheme January 1 was met with hyperbolic outrage by the Opposition Wildrose party, and something closer to an embrace from an initially apprehensive oilpatch.

And a day later, both the province and its New Democratic Party government were “still standing,” said Environment Minister Shannon Phillips.

“There is no doubt this is a large change for Alberta,” where the tax added 4.5¢ to the price of a litre of gasoline, Phillips said. “It’s a large change with large rewards.” Meanwhile, she stressed, tax rebate cheques will begin going out within days to qualifying Albertans.

In the days leading up to the new year, Wildrose MLAs made a high-profile point of filling their vehicles before the tax took effect, then posting the obligatory selfies to tell the story. “Fillin’ up the truck & every jerrycan I can find before the Carbon Tax strikes at midnight,” tweeted Wildrose member Derek Fildebrandt.

“Hey man, do you need me to lend you some money?” replied @David_Moscrop. “I live in BC, where we have a carbon tax, but I still have money. You can have some.”

“Bravo, you saved $4,” headlined the staunchly conservative National Post. “In the long term, carbon legislation won’t be an insignificant hit to Canadian transportation budgets and heating bills,” wrote correspondent Tristin Hopper. “With that said, we crunched the per-vehicle numbers on the surprisingly insignificant amounts that Canadians would have saved by spending the last hours of 2016 waiting in line for a spot at the pump.”

On CBC, driving instructor Robert Smith had advice on changes in driving habits, some of them as simple as planning your route and avoiding construction zones, that would be sufficient to offset the tax increase. And on iPolitics, pollster Quito Maggi, president and CEO of Mainstreet Research, said rising oil prices could fuel greater optimism in Alberta and improve the Notley government’s approval rating, with or without a carbon tax.

“The review panel found existing royalty rates charged in Alberta were comparable to other jurisdictions,” CBC recalls. Royalties for tar sands/oil sands operations remained stable for 2017, and a new structure for oil and gas wells will apply only to new wells; old sites will be grandfathered under the existing royalty regime for 10 years.

“With growing unemployment and the oilpatch bleeding red ink during the downturn,” CBC observes, “Premier Rachel Notley conceded [that] ‘it is not the time to make a big money grab.’”

But that concession did nothing to temper Wildrose energy critic Don MacIntyre’s hostility to Notley’s carbon policy. MacIntyre called it typical of a “socialist government, to tax its businesses into insolvency and its people into poverty.” MacIntyre also characterized the overwhelming scientific consensus on climate disruption as “not settled,” according to the National Observer.

At least one fossil business in Alberta, however, could thank the new policy for at least a momentary uptick in its business. Dodds Coal Mine “typically sells 10,000 to 12,000 tonnes of coal a month this time of year,” the Calgary Herald reports, “but it is on track to move more than 25,000 in December.”

“Everyone’s stocking up to beat that carbon tax,” Office Manager Carlene Wetthuhn told the paper. The company sells about a third of its locally-mined coal to businesses, farms, and homes in Alberta that still use it for heat. The new carbon tax added $35 to the company’s price of up to $47 per tonne.

The generally good news for Notley may carry further into the year, iPolitics suggests. The Alberta premier, whose approval dipped to 31% in December according to one poll, “has faced a struggling economy in Alberta since her election in 2015, but that could change if oil prices continue their slow rise from 12-year lows,” the outlet wrote, “even with a carbon tax coming into effect this week.”

Citing Quito Maggi, president of Mainstreet Research, iPolitics predicts that “any rise [in oil prices] will have an incremental effect on provincial coffers, on the provincial economy, and then finally on sentiment.”