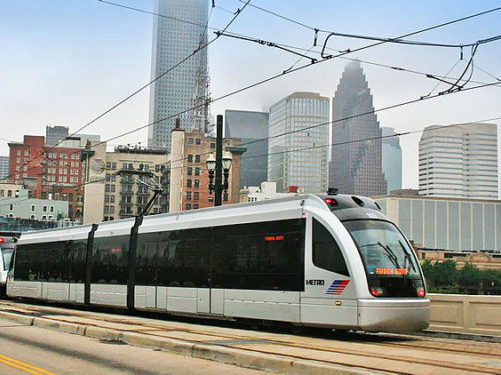 In the nearly two months since a stunning election result in the United States, cities have emerged as one of the focal points for continuing and intensifying the climate and energy action that will be needed over the next four years—across the U.S., and around the world.

But that’s hardly surprising, given the lead role municipalities have been playing on climate change for decades.

“The idea that cities are a crucial place for climate action is not a new one,” Think Progress reported in early December. “Cities were often in the spotlight leading up to, and during, the UN Paris climate conference in December 2015, and were credited with helping nation-states enact the strong agreement that emerged at the end of the conference.”

And now, “following the 2016 election — and looking towards a Trump administration that promises to roll back federal and international pledges regarding climate action — cities have emerged as a renewed beacon for those hoping to see progress in the fight against climate change.”

“Cities across the board want to pursue a vision of healthier, cleaner, more vibrant local economies,” Jodie Van Horn, national director of the Sierra Club’s Ready for 100 campaign, told TP correspondent Natasha Geiling. “We will continue to work with them to ensure that city leadership is a source of hope and a bright spot, despite what the new administration may choose to do.”

A report issued in late November, during the C40 Mayors Summit in Mexico City, laid out 14,000 steps cities must take over the next four years to drive the world toward peak greenhouse gas emissions, after which annual output would begin to decline. The report warned that humanity has only five years left to avoid locking in average global warming above 2.0°C/3.6°F.

“Over the last decade, cities have collectively taken 11,000 actions against climate change, which means that to hit the target set out in the report, cities need to make 125% more climate-related actions in less than half the time,” ThinkProgress reported. “Cities represent about 70% of global carbon emissions, so the actions that are taken at the local level can be crucial in setting the world on a path towards avoiding the worst impacts of climate change.”

The C40 action plan came with a US$375-billion price tag over five years. “It is a lot, but there is no other option,” said the network’s incoming president, Paris Mayor Anne Hidalgo. “Together, we will seek that money.”

By the end of the Mexico City meeting, Bloomberg Philanthropies, the Children’s Investment Fund Foundation, and Realdania had committed $40 million.

CityLab notes that C40 members fall into four categories, based on their GDP and emissions. “The big takeaway: Wealthier cities will have to shoulder much more of the burden than their developing neighbors, a point of contention that has often stalled international climate negotiations.” The CityLab report stresses that cities “will have to combat rising carbon emissions from every angle,” from land use and landfill waste to clean energy and improved transit infrastructure.

But cities’ experience to date shows that they already know what to do—and notwithstanding the need to push farther, faster, many of them are already on the road to a post-carbon future. In mid-November, Quartz reported that 7,000 cities around the world were ahead of their initial carbon targets, and that the European Union’s Covenant of Mayors had already recorded a 23% cut from 1990 levels, en route to targets of 27% by 2020 and 40% by 2030.

To hit the latter threshold, “cities will have to target reducing emissions due to transport, a sector that has only dropped its emissions by 7% since 1990,” Quartz noted, citing a report from the European Commission’s Joint Research Centre.

Since the U.S. election, there’s been no shortage of coverage pointing to the climate risks facing municipalities—or the opportunities that could be ahead as they embrace a decarbonized future.

“Doomsday scenarios about the climate have abounded in the aftermath of the November election. But responsibility for effectively reining in carbon emissions also rests with business, and with the nation’s cities and states,” wrote Jeff Biggers, founder of the University of Iowa’s Climate Narrative Project, in a New York Times op ed. “Those are the battlegrounds.”

That observation pointed Biggers to the World Future Council’s concept of a regenerative city. “It stands for cities that not only minimize negative impact but can actually have a positive, beneficial role to play within the natural ecosystem [on] which they depend. Cities have to constantly regenerate the resources they absorb,” the council stated in a report last fall.

Biggers said that concept gained traction from city leaders gathered in Quito last fall for the Habitat III conference, hosted by the United Nations. And it was reflected in ex-New York City mayor Michael Bloomberg’s recent remarks to the Chinese General Chamber of Commerce. “Cities, businesses, and citizens will continue reducing emissions, because they have concluded—just as China has—that doing so is in their own self-interest,” he said.

On Medium late last year, Natural Resources Defense Council President Rhea Suh said there’s plenty cities can do over the next four years. to advance a low-carbon agenda. “While it’s certainly easier to accomplish things with an administration that shares our philosophy and supports our efforts, we’ve been around long enough to know that our work must, can, and will be done irrespective of who’s occupying the White House,” she wrote, citing the 20 cities participating in NRDC’s City Energy Project in a bipartisan effort to reduce energy use and carbon pollution in buildings.

“At a national political moment when so much seems so uncertain, it’s good to remember that real progress — like flowing water — doesn’t stop when it meets an obstacle. It just finds another way,” Suh noted.

In his Times op ed, Biggers cited communities from Adelaide, Australia to Des Moines, Iowa that are making the connection from low-carbon targets to green job creation. In the U.S., “initiatives like those have become a ‘fill the potholes’ reality for many mayors, regardless of political games in Washington. In San Diego, the Republican mayor, Kevin Faulconer, helped to push through a climate action plan that commits the city to 100% renewable energy by 2035. Other cities are following his lead.”

ThinkProgress profiled St. Petersburg, Florida, the 20th U.S. city to commit to shifting 100% of its electricity consumption to renewable sources. “There is no cavalry left. We are the cavalry,” said council member Darden Rice, chair of the city’s energy, natural resources and sustainability committee. “It’s left up to cities to be the innovators, to be the agents of change, and to do it in a practical way.”

“This is the real work of how do you make your city more efficient, and how do you spur your community into a series of moves that move you towards renewable energy,” added council member Karl Nurse. “We have data on our harbour for how much sea level has risen. It’s not a big, philosophical idea. People are beginning to see the connection between these issues, so it helps. It’s not a left or right issue.”

Just before the new year, The Energy Collective carried a DeSmog post that profiled bold climate action at the municipal level—from Addis Ababa to Kolkata, from Curitiba, Brazil to Melbourne and Sydney, Australia. (Read the story. Click the link for the photos.)

The robertscribbler blog profiled more than a dozen U.S. cities that are at, near, or pursuing 100% renewable electricity, along with several municipalities in Europe and at least one country—Paraguay—that have completely phased out fossil power.

“This is what the resistance looks like,” the blog’s provocative headline read.