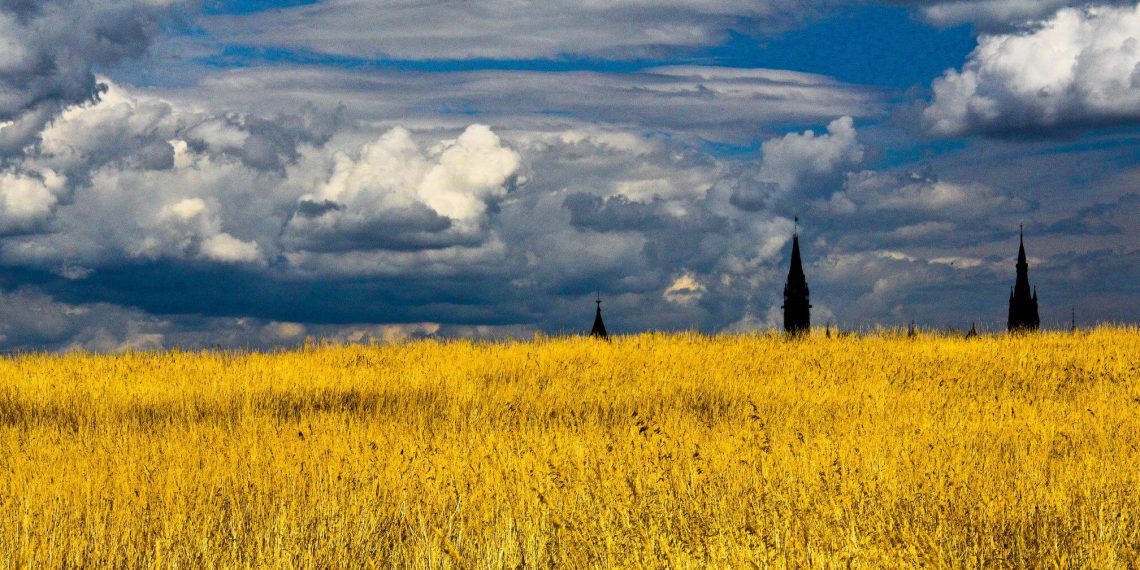 LONDON, 1 January, 2017 – The world is about to surrender some of its richest farmland. As a consequence, crop production by 2030 could fall by up to 4% at a time when the planet gains another 1.1 billion mouths to feed.

And the cause of the land grab is quite simple: cities will expand and roads, factories, warehouses and homes will spread over an estimated 300,000 square kilometres of the surrounding farmland.

Felix Creutzig of the Mercator Research Institute in Berlin, Germany and colleagues from New Zealand, the US, Sweden and Austria report in the Proceedings of the National Academy of Sciences that they believe most of the cropland swallowed up by the new urban expansion will be prime soil that delivers much higher than average yields.

They have calculated that the 2% of global cropland due to disappear under cement and tarmac by 2030 would have been enough to deliver 2,500 calories a day to 300 million people for a year.

The study is the latest in a series of cautionary projections of the sheer cost to the planet of human population growth. A recent European Commission report mapped the demands that a soaring global population is likely to make, and another group has made a calculation of the cost in resources and energy terms of human investment in the built environment.

Other groups have warned, repeatedly, of the challenges to food security of climate change as a consequence both of human combustion of fossil fuels, and of ecosystem change that will follow sustained warming.

So researchers have predicted that changes in rainfall patterns will disrupt harvest patterns while extremes of heat expected with climate change will diminish yields and open new opportunities for pests and diseases.

But the Berlin team simply looked at the problem of croplands and urban expansion. Cities are greedy things. The urban population will double from 2.6bn in 2000 to 5bn in 2030, but urban areas are expected to triple over the same three decades. The scientists foresee that loss of cropland will be most severe in Africa and Asia. China alone will lose 80,000 sq km.

“Hotspots of cropland loss tend to be river valleys and deltas, such as the Yangtze River Delta near Shanghai or the Pearl River Delta near Hong Kong. On a regional level, that food production loss cannot always be compensated for. This, in turn, could have an impact on the world food system,” said Christopher Bren d’Amour, who led the research.

“Urban planners can contribute to preventing small farmers from losing their livelihoods. Spatially efficient urbanisation could help to retain the existing agricultural system”

“A lot depends on the urbanisation dynamics of the individual countries. In India, for example, the urbanisation process is not as fast as in China and smaller in overall scale. This is reflected in our results, which predict significantly lower cropland losses for India.”

The scientists excluded pastures and considered only croplands, which make up 12% of the world’s ice-free terrain. They looked at data for the world’s 16 nutritional crops, and they made a separate analysis of the global staples wheat, rice, soybean and maize, along with the cash crops cacao, oil palm and sugarcane.

They then looked at three different scenarios for urban expansion and began calculating the potential loss in food resources.

Cities tend to flourish in regions of agricultural wealth, and the scientists calculated that yield from the near-urban cropland was 1.77 times better than the global arable average.

They considered both the big picture and individual case studies: Rwanda, Burundi and Nigeria are rapidly urbanising and already experiencing hunger and food shortage.

Climate change will make things worse. Sea level rise will steal prime land from the Nile Delta, which has always delivered most of Egypt’s food.

The rapid growth of the cities brings potential for social disruption everywhere. Small farmers will lose their land, and then their livelihoods, and many will be forced into the fast-growing shantytowns. Urban society will gain living space, at the cost of food that could have been grown on the newly paved surface.

“Policy-makers at the municipal level are now called on to take action. Their time has come, since urban planning is now part and parcel of world policy,” said Dr Creutzig, head of the Mercator working group on land use, infrastructure and transport.

“Urban planners can contribute to preventing small farmers from losing their livelihoods. Spatially efficient urbanisation could help to retain the existing agricultural system while continuing to provide small farmers with access to the urban food market.” – Climate News Network