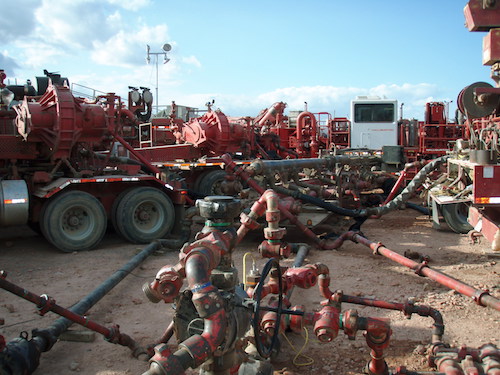 The U.S. Energy Information Administration may be drastically overstating the country’s potential for tight oil production in 2017, earth scientist David Hughes argues in a post for on Resilience.org.

The EIA’s Annual Energy Outlook is tremendously influential as a reference for government policies and industry investment decisions, Hughes notes. But one of the key assumptions in the 2016 edition is that tight oil production “will begin to grow strongly” next year, after drilling rates fell 37% last year from its 2014 peak. “This seems highly improbable, considering that all tight oil plays have peaked except in the Permian Basin,” Hughes writes.

Actual tight oil production fell 13%, or about a million barrels per day, between March 2015 and June 2016, and “prolific tight oil plays are not ubiquitous, as some would have us believe,” he warns. Moreover, “technological efficiency is not making wells/fields much more productive—at a constant drilling rate, better technology will exhaust a play more quickly at a lower cost, but will not substantially increase ultimate recovery.”

And the increase in output can’t be attributed to higher fossil prices, since the EIA predicts lower prices for benchmark West Texas Intermediate crude in 2016 and through 2040.

“Hughes’ recent findings point to not only increasingly overstated forecasts by the EIA, but also increasingly volatile assessments—both of which are highly troubling,” Resilience.org writes. “As the pro-fracking Trump Administration sets its domestic energy policy, addressing the serious doubt this discovery raises now is critical. It’s more important than ever to have an independent Energy Information Administration that is providing grounded, realistic, and transparent analysis.”

In a related post republished by the Institute for Energy Economics and Financial Affairs, the Wall Street Journal anticipates that oil demand in 2017 will grow at the slowest pace since 2014. “That could douse a major oil rally sparked by the Organization of the Petroleum Exporting Countries’ agreement, along with other major suppliers, to cut around 2% from global production.”

“OPEC compliance is a risk but a demand slowdown may be a bigger problem,” the bank stated. “We believe that the most understated risk to oil prices would be a toxic combination of faster-than-expected U.S. interest rate hikes next year, a much stronger U.S. dollar, and a potential trade war with China. Oil prices could slip back below $40/barrel under that scenario.

“In contrast, we could also get a goldilocks scenario for oil of modestly stronger U.S. growth, muted U.S. wage pressure, and limited trade restrictions. This tide could lift all boats, leading to a virtuous cycle of higher commodity prices, stronger growth, and rising global inflation. Should this ‘reflationary’ world economy couple with new sanctions on Iran, we think oil could briefly rise to $85 per barrel next year.”