‘We’ve Got to Get to Work,’ Columnist Urges in Wake of Trump Win 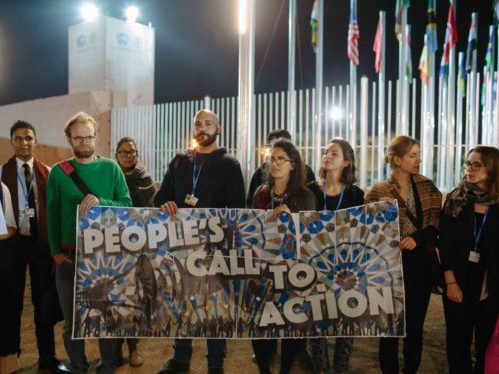 Within hours of last month’s election result in the United States, New York technology entrepreneur Anil Dash had moved beyond asking why the unimaginable had happened, and was already thinking about what to do about a Trump presidency—and urging his readers to do the same.

“I am not moving to Canada, not surprised by white supremacists & misogynists, and not afraid of Donald Trump. We have got to get to work,” Dash tweeted at 11:40 PM November 8. “The most important thing is that we focus on the work that needs to be done now,” he added in a November 9 post on Medium. “While so many have been doing what it takes to protect the marginalized and to make society more just, we must increase our urgency on those efforts, even while we grieve over this formidable defeat.”

Dash stressed that the response has to begin right now. “If you need to take time to mourn, then do. But it’s imperative that we use our anger, our despair, our disbelief to fuel an intense, focused, and effective campaign to protect and support the marginalized.”

His agenda for action focused just about everywhere but the U.S. federal government—beginning at the community level, where he urged his readers to join the fight for civil rights and social justice, dedicate time to public advocacy, and start fundraising for the campaigns ahead.

“It’s hard to give up the one night a week we might spend hanging out, watching Netflix, but if that’s the night of the City Council meeting, or when your local elected official has a public hearing, it’s time to show up,” he write. “Building real, sustainable infrastructure to protect those in need is a job that can’t only be done virtually, or remotely. We’ve got to show up.”

The second step is to “make stopping Trump a regular habit” by refusing to help normalize his attitudes and behaviours, building time into every week for political action, supporting front-line organizers, and reinforcing any positives that show up in the Trump agenda—like his promise of major infrastructure investment, if it’s done right.

“Once President Obama’s term in office has ended, we’ll be blessed with getting back one of the most effective and respected community organizers who’s ever lived,” Dash stated. “But his work alone won’t be enough — we’ll need a thousand more leaders like him. Find the people in your community who are leading the charge, and ask them what they need. Nobody can do it alone.”

And finally, the next four years will be a time when people will have to take care of each other.

“This is going to take years of work,” Dash wrote, “we’ll get tired and afraid and exhausted, and when we’re not, we’ll have to help those around us who are.” But “the work to be done in fighting Donald Trump is not unprecedented. All of us who are targets of his rhetorical attacks and his proposed policies can look back at history and see times when we’ve faced down similar threats—and won. It is only because progress has been made that we feel so gutted by this loss.”

But on the morning of November 9—while most climate and energy hawks and the majority of Americans who cast a ballot were still trying to pick up the pieces—Dash declared himself “ready to get to work,” and “committed to this fight for as long as it takes. I owe it to my child, and to my family, and to yours. I hope you’ll join me. We’ve got work to do.”