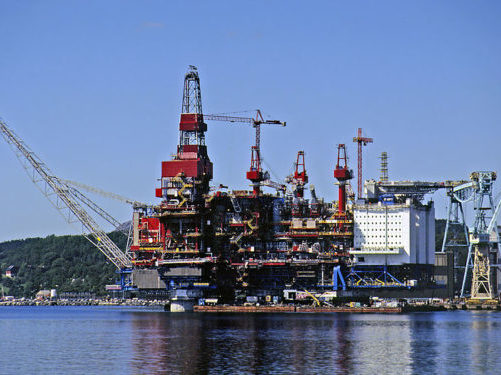 Countries like Canada and Norway will only cut their carbon emissions far enough, fast enough to meet the long-term goals in the Paris Agreement if they look at the “supply side” of fossil production, rather than the “demand side” of domestic consumption, Canadian climate campaigner Tzeporah Berman and Norwegian political geographer Berit Kristiffersen argue in an analysis published yesterday by Policy Options.

“Despite the growing evidence and reports by the world’s leading scientists that to maintain a safe climate we need to constrain the majority of our oil, gas, and coal reserves, there is no incentive for countries to keep it in the ground,” they write. “We are told instead that climate policy, including carbon pricing and regulations on industrial emissions, will reduce demand to such an extent that the markets will constrain production.”

But “that strategy is not working fast enough to keep global temperatures below a 2°C rise above pre-industrial levels.”

While countries committed to “nationally determined contributions” (NDCs) to reduce their emissions under the Paris Agreement, Berman and Kristiffersen note there’s no accounting for new fossil capacity added to the global system—even though the world already has enough oil, gas, and coal in production to drive average global warming above the 2°C threshold.

“Norway continues to subsidize and intensify large-scale petroleum exploration and developments by covering 78% of the costs for the oil companies, especially in its Arctic territories,” they write. “Canada is still set to increase oil production in the coming decade and has just approved new major pipelines. In addition, the Canadian government recently cleared the way for a liquefied natural gas plant in British Columbia that will be the single largest point source of emissions in the country if it is built.”

The only solution that will reduce emissions far enough, fast enough is to focus on the supply side and commit to reducing fossil fuel production. “As long as doing our ‘fair share’ is defined by decision-makers as meeting our emissions reduction targets, without any supply-side accounting, we will fail in our ambition to limit global warming to below a 2°C rise,” the two authors conclude. “We can and must do better than that, but it will require both of our countries to lead in developing accounting mechanisms and policy pathways to not only reduce emissions but to keep carbon in the ground.”