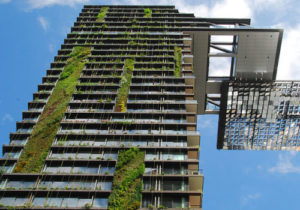 Connecticut’s first state-wide green bank, with its mission to leverage enough private capital to eventually replace the limited public seed money it receives, might be a job-creating, emissions-cutting template for the kind of investment that will win political support during the Trump administration, InsideClimate News reports.

The bank now has more than $1 billion in play, with a 6:1 ratio between private and public funds. The institution says it has funded nearly 215 MW of clean power through a portfolio of more than 20,000 projects, creating nearly 13,000 jobs and preventing 2.6 megatons of carbon emissions.

While private banks initially saw the project as competition, they’ve since “come around so much that two early popular programs are now run solely by private banks,” writes ICN correspondent Jan Ellen Spiegel. “Officials say several private companies have launched specifically because of opportunities created by the bank’s success.”